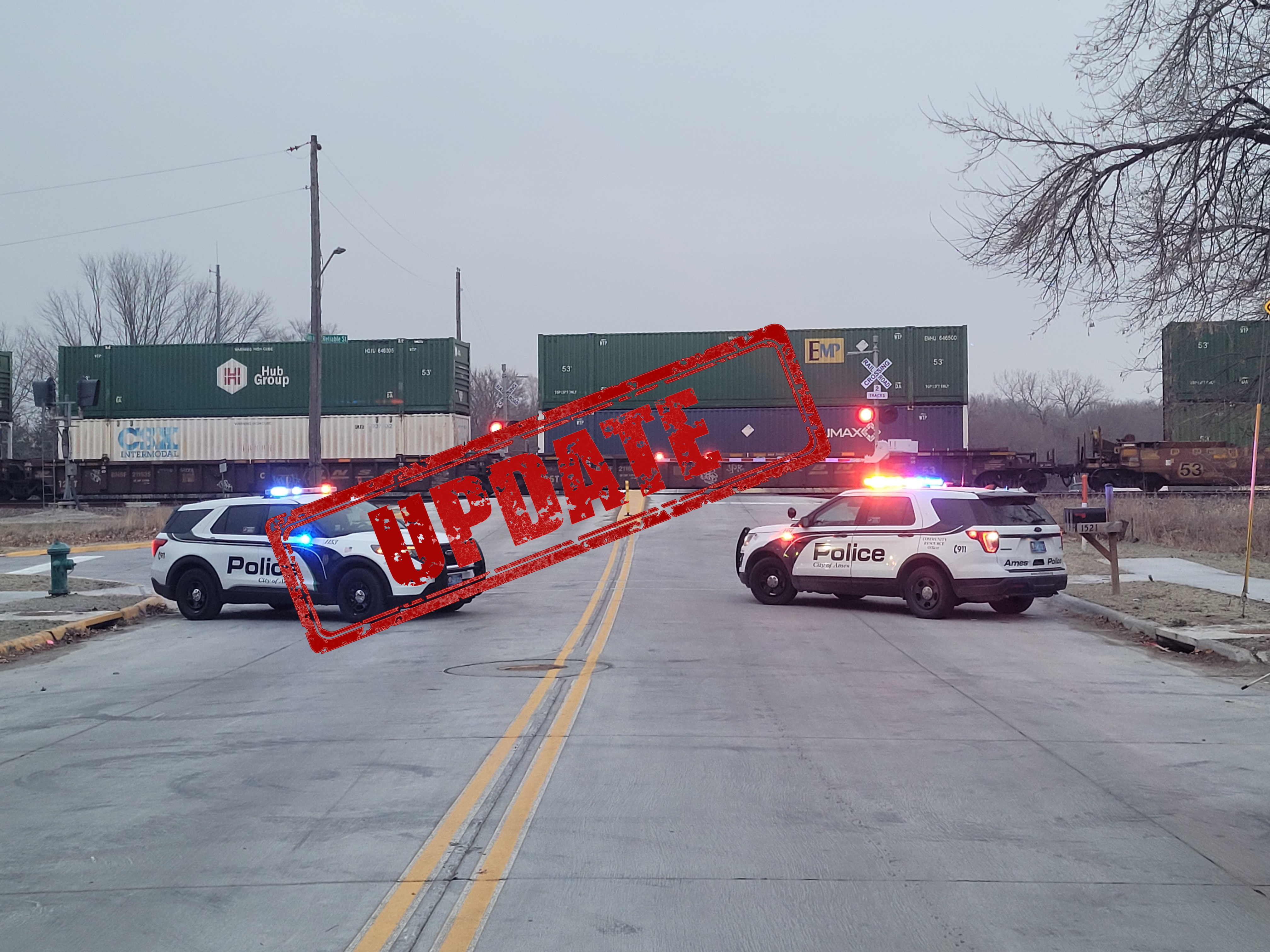 Authorities in Ames are treating the death of a pedestrian who was struck by a train last week as a suicide.

According to Ames Police Sergeant Chad Lovig, authorities were called to a railroad crossing on North Dakota Avenue at approximately 3:17 p.m. on December 8 for a report of a train striking a pedestrian. Lovig confirmed to StoryCounty.News that the pedestrian died as a result of the incident.

In a later update, Ames Police Commander Dan Walter told StoryCounty.News that the death is now “being treated as a suicide.” Walter added that he does not anticipate releasing any further details information to the public.

If you are dealing with a suicidal crisis or emotional distress, you are encouraged to call the 988 Suicide & Crisis Lifeline by dialing 9-8-8 on your phone.