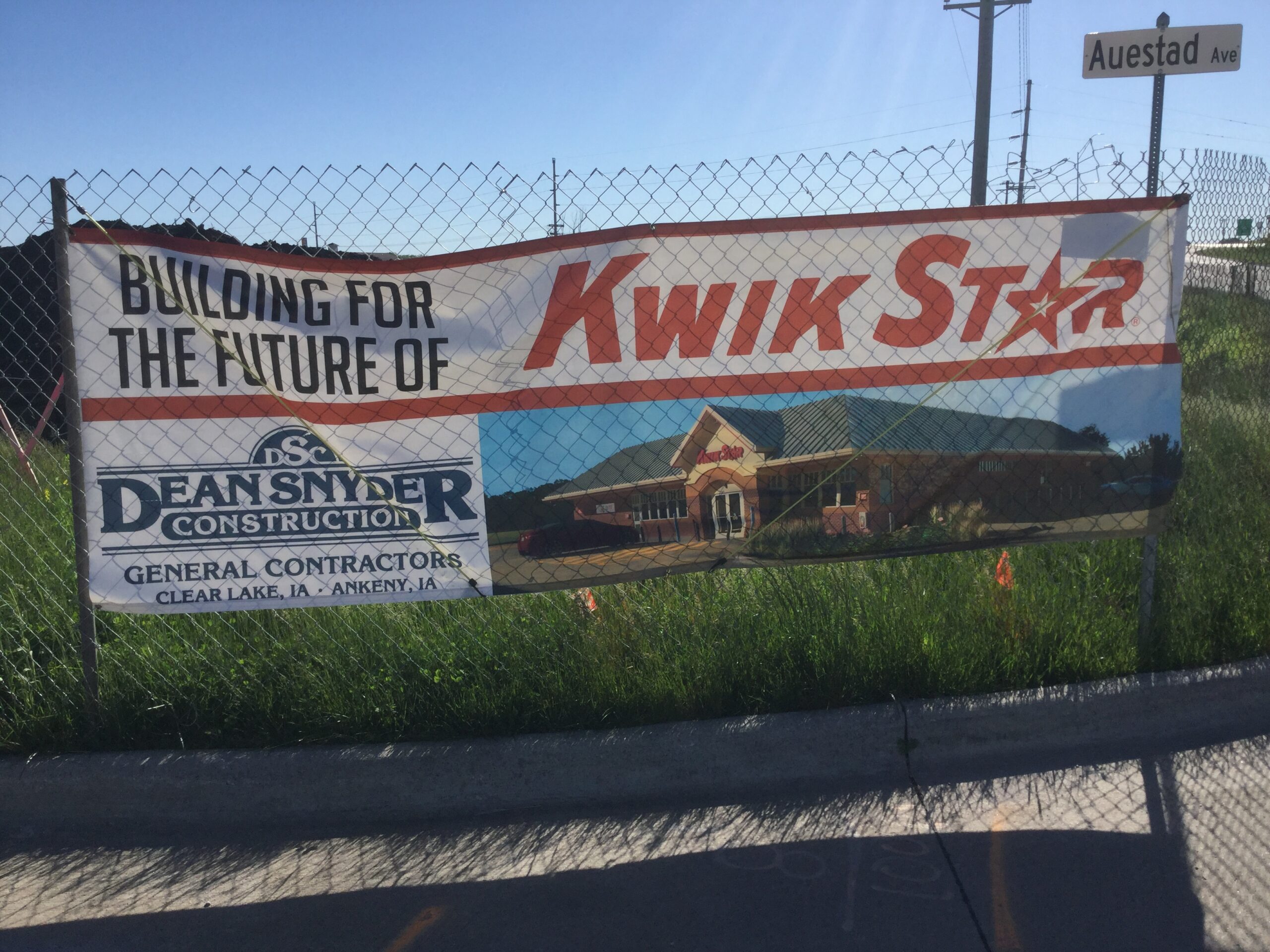 Fans of the Midwest-based Kwik Trip, Inc. convenience store chain (known as “Kwik Star” to most Iowans) are seeing the popular brand’s expansion continue, as the company has officially announced a brand new location just off the Interstate 35 Story City exit.

Company Spokesman Steve Wrobel recently spoke with StoryCounty.News about the announcement, following ground breaking on the site’s construction. Visual progress with the property had been observed starting in late April and has continued steadily into the month of June.

While the current landscape of society can often result in construction projects being delayed, he expects the new full-service truck stop to open on time. “We’re looking at a completion date of sometime around the end of August, and usually we’re pretty good about that,” Wrobel noted. “So, we’re looking at an opening date of Thursday, September 3 at 5 a.m., and the ribbon-cutting date is Wednesday, September 16 at 10 a.m.”

According to Wrobel, the new location will be considered a “travel center” and will accommodate people of all sorts. “The store will be trucker-friendly, with a trucker scale and a side-diesel for them,” he relayed. “It’s also a 24-hour store, with a car wash as well.” The new muti-purpose station, which can be seen below and is currently under full construction, is located at 1704 Broad Street in Story City, just east of I-35.

Construction is seen in full flux at this Story City Business Park area property, as a new Kwik Star is currently being built near the Interstate 35 on-and-off-ramps.

Although Story City residents will no doubt rejoice over the news, others in the county still yearn for a similar store closer to home. Over time, rumors have circulated about the possibility of Ames becoming the next town to host a Kwik Star store. Although Wrobel explained that he cannot comment on speculation or on potential real estate development, he did remind Ames residents that the city is within the target area for continued expansion. “Ames certainly fits within our distribution system,” Wrobel said. “Our home base, as you know, is in La Crosse, Wisconsin, and every store gets a delivery of fresh product every day, so that presents about a 200-mile radius around La Crosse to deliver, out and back. And so that way we’re able to get the freshest product out that we can…milk, bread, eggs, or whatever it is. That’s really our distribution system, and Ames certainly fits that.” Currently, the only open Kwik Trip-owned operation in the area is the Tobacco Outlet Plus, located on South Duff Avenue in Ames.

As far as the new store in Story City is concerned, Wrobel believes the Kwik Star will be a good addition to both locals and travelers making their way through central Iowa. “Of course, with it being right off I-35, this is a heavily traveled corridor between Des Moines and the [Twin] Cities,” he stated. “This will just be a great location for us, there’s no doubt.”