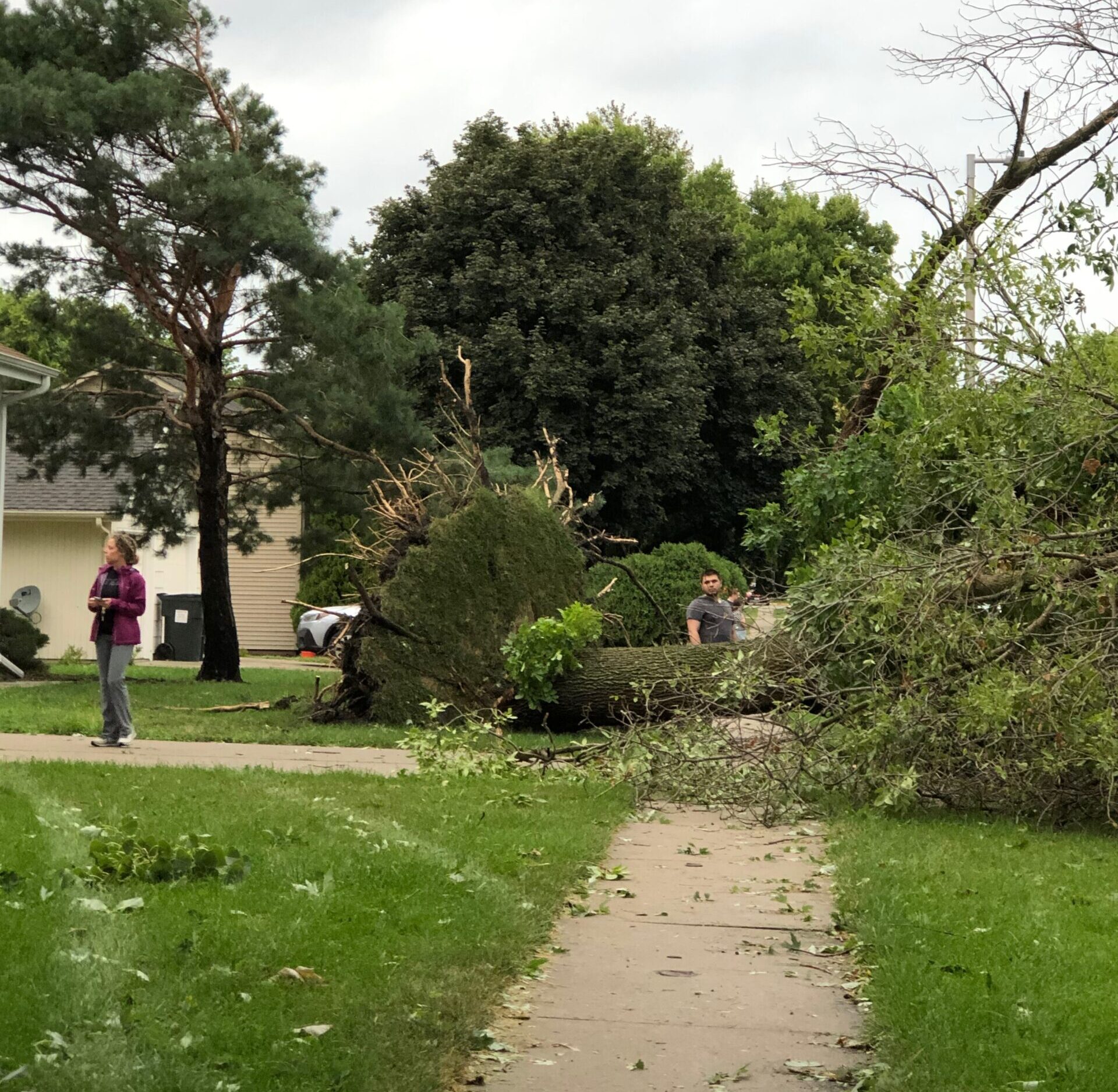 It’s not the first time you’ve heard this, but we’ll go ahead and say it again: What else can happen in 2020?

Many Story County residents and officials are wondering exactly that as relief efforts continue after experiencing one of the nastiest and most widespread storms central Iowa has ever faced. Although the National Weather Service had warned of potential strong to severe thunderstorms affecting parts of Iowa over the weekend and into Monday, no one predicted 100 mile per hour winds and power outages that would leave tens of thousands in the dark for days to come.

The fast-moving Monday morning storm, one that reportedly traveled from Nebraska all the way to Ohio at around 70 miles per hour, led to catastrophic tree, and for some structural, damage that will take weeks to cleanup. From Ames, to Cedar Rapids, to Newton, to Marshalltown, not many Iowans can honestly say they were not affected by the “derecho” storm. This includes Ames officials, who are hard at work attempting to restore power for locals and keep the streets safe.

Ames Police Commander Jason Tuttle noted that multiple workers within the police department have felt the effects of this disaster not only on the job, but at their own homes. Despite this sobering fact, they are continuing to put the needs and safety of their neighbors first. “Some of our employees have personally suffered damages to some of their homes,” Tuttle explained. “But with their commitment level, they’re still here working. We still have car accidents and other crimes that we have to respond to, in the midst of all the damage.”

As cleanup procedures and efforts to restore electricity across the city of Ames continue, city officials are emphasizing the importance of staying off the streets if possible. If you do need to travel for some reason, Tuttle emphasized the importance of treating traffic light intersections without power like four-way stops. “For the most part, people are doing okay,” he acknowledged. “I still, even personally, have seen people blow through the stop lights that are off. Everyone else is stopping, but you’ll get a couple people who just blow through there.”

In addition to potential traffic hazards, the lack of power for some locals presents the fear of home invasions, burglaries, and other criminal acts. Tuttle said the department has recognized those concerns and responded accordingly. “At this point, we are focusing a lot of our patrols on the areas that don’t have electricity,” he explained. “We understand that, at night, it’s very dark in those places. It would certainly be a prime opportunity for some of our criminals to commit acts of theft. So, we’ll continue to be very present in those areas that don’t have electricity.”

As the City gets closer and closer to bringing the entire city back on the grid, officials encourage those that still do not have power to be patient and rest assured that workers are doing everything they can at this point. As of 1 p.m. Thursday, the City announced that they are nearing restoral of power for a number of residents near Ridgewood Avenue between Ninth Avenue and 13th Avenue, with other “old town” areas closing in on power restoral as well.

This afternoon, City of Ames Public Information Officer Susan Gwiasda also announced the openings of two “Cooling Centers” for those that still are without electricity. They are located inside the Community Center at 515 Clark Avenue and the Ames Public Library at 515 Douglas Avenue. She emphasized that masks and social distancing are required. Air conditioning, chairs, and Wi-Fi will be available for those in need, along with outlets to charge mobile devices. Cords will not be provided for charging. In addition, computer, printing, and copying services are available at the Library in 30-minute time slots.

To stay up-to-date on the steady work occurring throughout the city of Ames, including the push for citywide power-restoral and curbside tree limb pickup beginning Monday, Gwiasda encourages all to “like” the City of Ames Facebook page.