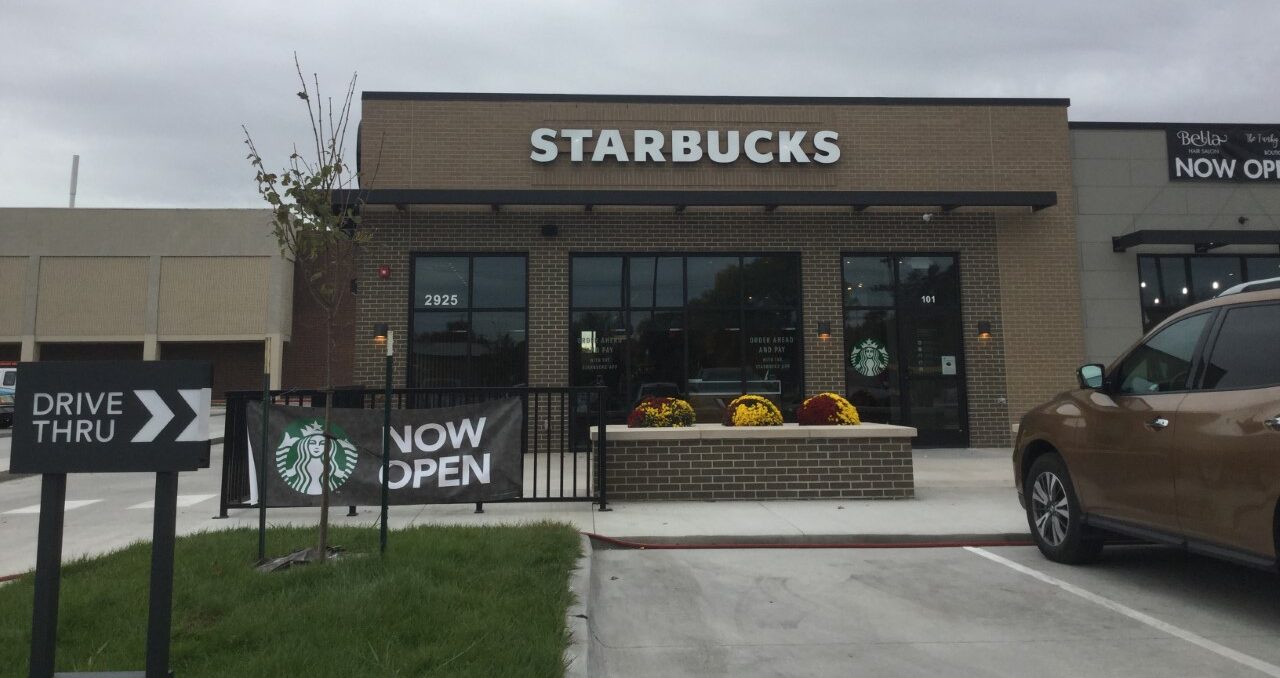 As the North Grand Mall continues to fill up vacancies and make room for more potential commerce, one popular coffee chain opened its doors for business on the mall property for the first time this week.

Starbucks, known internationally as the largest coffeehouse chain on Earth, is now open at 2925 Grand Avenue, Suite 101 in Ames. Rumblings of the company’s intent to open a store in north Ames began months ago after Building F, the three-tenant structure located on the northeast corner of the mall parking lot, was built with a drive-thru. North Grand Mall General Manager Lori Bosley confirmed the tenancy sometime thereafter.

The Grand Avenue location is the sixth Starbucks store now operating in the city of Ames, joining two stand-alone locations on Lincoln Way. There are three Starbucks shops inside select stores in the area, including Target and both Hy-Vees. However, it should be noted that these stores are staffed with employees of the host company, not Starbucks itself.

A large swath of patrons was observed enjoying coffee and other Starbucks beverages at the new site throughout Monday and Tuesday. According to the company’s official website, the new store will be open Monday through Saturday from 5:30 a.m. to 9:30 p.m. and Sundays from 6:00 a.m. to 9:00 p.m.