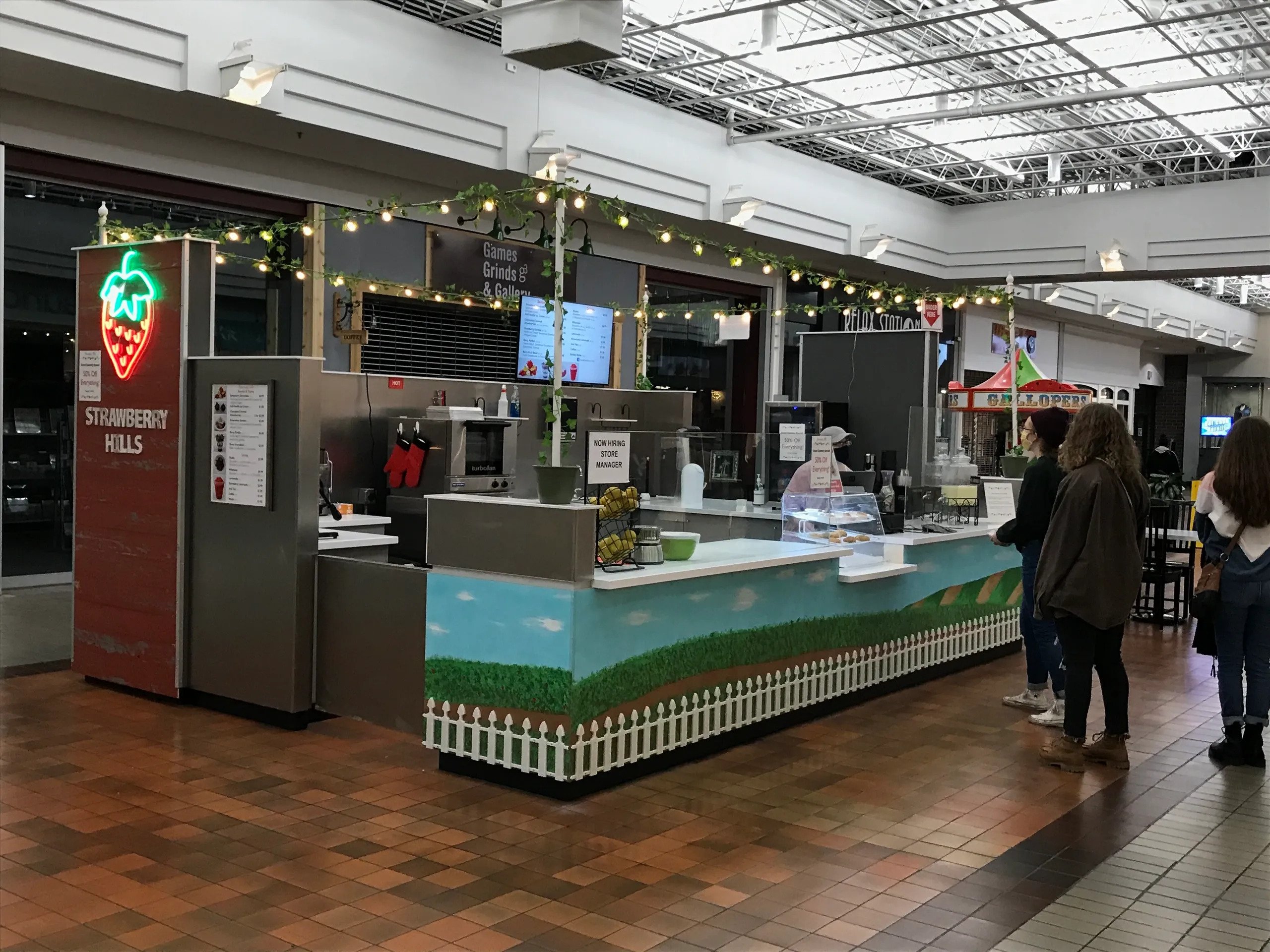 Across the nation, small businesses are struggling to stay afloat as the Coronavirus pandemic continues its beatdown of life as we knew it. Additionally, the restaurant industry as a whole has taken its own hit, as a record number of major chains and famous eateries in all fifty states have shut down stores in various cities.

Despite the widespread struggles, Ames has seen its fair share of brave small-business owners opening up new establishments during the past few trying months. One such business is Strawberry Hills, a ‘feels-like-summer’ restaurant located in the heart of North Grand Mall. Store Owner Scott Rogers said that although the potential benefits of opening during the pandemic outweigh the risks, the world scene still leaves him unsettled. “It’s incredibly concerning,” he acknowledged. “We worry constantly about, not only our health, but also the future of our business. We don’t know if we could be shut down, so it’s always a bit of a concern.”

Rogers, who first developed the concept of the restaurant prior to the pandemic, described the history of the family’s unique idea. “We were born and raised in Iowa,” Rogers explained. “We moved out to California for a couple of years, and we discovered the love of the strawberry festivals. The most popular thing we found there were the strawberry shortcake pavilions. But, it was store-bought bread, cake, and strawberries. It was just very basic. We decided that, when we went back to Iowa, we would take this idea [homemade shortcake] and try it out there. So that’s what we did.”

Initially experimenting with the idea at Iowa’s Premier Beer, Wine & Food Expo, the Rogers family quickly saw the strawberry shortcake idea catch on. Shortly thereafter, Rogers and his wife began planning for the immediate future. Then, March rolled around. Coronavirus set in. “We sat on [the ideas] for a while, and then the restrictions started to lift at the beginning of the farmers’ market season, and we decided to try it there,” Rogers said. “We did the whole season at farmers’ markets and found out that people love the homemade food and strawberry slushies. As the season was closing, we decided to reach out to the North Grand Mall.”

The choice to expand to North Grand Mall was easy for Rogers, given the size of other potential suitors in central Iowa. “We were actually deciding between Jordan Creek and North Grand,” he noted. “Jordan Creek has more traffic of course, but we didn’t have any experience being in a mall. We thought we would like to go a little bit slower. We looked at the other mall, like Merle Hay and Valley West, and they just weren’t really options for what we were looking to do since we wanted a kiosk in the middle of the hallway.” The decision has proven to be the right one for all parties involved. “The management here is wonderful,” Rogers said. “I’m not saying that Jordan Creek’s isn’t, but they’re very corporate. [North Grand Mall] is just more nimble. They work with smaller teams, so they really helped to accommodate us. They were just over-the-top.”

According to Rogers, the store has continued to evolve as the family gets a more precise picture of the mall demographic. And during such uncertain times, flexibility has proven to be crucial. “When we started at the farmers’ markets, the whole idea was ‘grab-and-go’ food,” he explained. “Now, we’ve picked up on that and broadened our menu. Of course, we have limited customers in the mall, so we had to make adjustments so that it’s not just strawberry-based themes. We broke out into smoothies, a sundae bar, ice cream floats, and now, because most of our customers are mall employees, we’re looking to introduce some favorite foods such as chicken bites, pretzels, pizza rolls, and things like that.”

As far as recommendations for first-time customers are concerned, Rogers still tends to navigate back to what got the family business started in the first place: shortcake. “It’s my absolute favorite,” he concluded. “We have the homemade shortcake biscuits that my wife makes right there on site. We also have angel food cake, chocolate covered strawberries, and strawberry milkshakes. And our strawberries are never frozen. It’s all fresh daily.”

If seeking to apply for a job, the store can be reached by calling 515-664-3092. You may also visit Strawberry Hills on Facebook or at its official website, www.iowastrawberryhills.com.