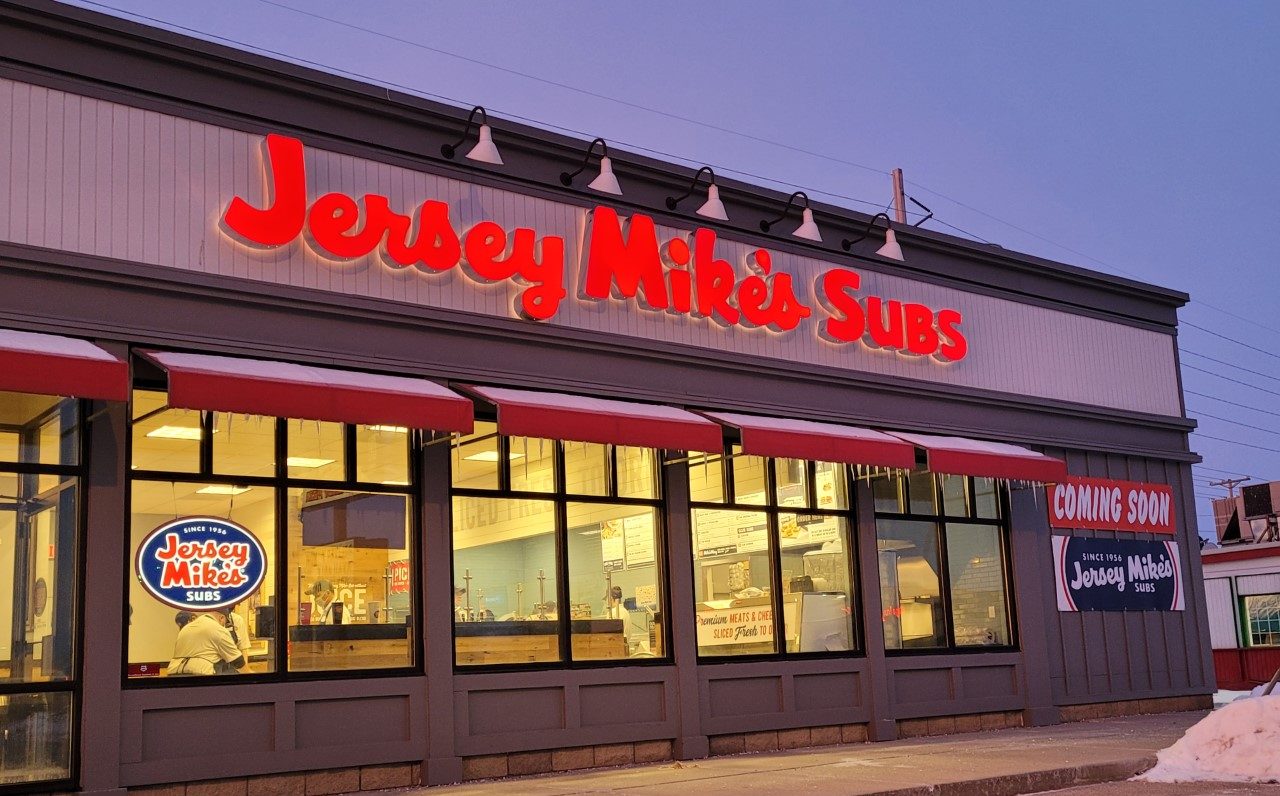 “A sub above.” Many know the slogan. Most have seen the ads. Some Ames residents have acquiesced and made the 29-mile drive to Ankeny or even the 45-mile trek to Clive for the sake of trying the widely publicized sandwich shop. Starting Wednesday, that trip will no longer be necessary.

According to Franchisee Andrew Uher, a long journey of planning and construction has led his Jersey Mike’s Subs team in Ames to an exciting week ahead. “We are tentatively opening Wednesday,” he noted. “We’re really excited. Our delivery finally came [Monday]. Instead of doing a huge opening, we are trying to do a soft opening, that way our people aren’t overwhelmed.”

In addition to the challenges that come with trying to train new employees prior to the store’s opening, this month’s cold spell made the idea of a soft opening an easy call for Uher and company. “Especially this week, with the weather, a grand opening would be tough for people to come,” Uher explained. “We are going to be doing some promos for people to come try Jersey Mikes, since it’s new to Ames. The weather really just put a pause on things, only because we didn’t want to put all the effort forward, knowing that the weather was going to be really, really bad this week, and then have it go to waste. We would rather give everybody the best experience for their first time coming in.”

Down the road, Uher hopes to hold some form of a grand opening ceremony for the Lincoln Way establishment and the community. In the meantime, management plans on placing an extra degree of emphasis on health and safety for everyone who enters the restaurant. “At the bare minimum, of course, we will follow the state and local health standards, like mask-wearing for our employees, handwashing, and washing any table that was used with sanitary products,” Uher said. “We’ve also put up extra partitions in our store. We want to give customers some extra space between other people. When people are actually ordering, there is a little bit more room between other customers.

“We want people to be comfortable at the store, but at the same time stay safe. We lost a little bit of seating, but, right now, it’s worth it. The big thing is keeping customers safe, and I want my employees to stay safe, as well. It helps both parties.”

For those still uncomfortable dining in, the store will offer take-out, which can be ordered over the phone, online, or in person. In addition, delivery will remain an option through third-party services. “Grubhub, DoorDash, and Uber Eats are all going to be affiliated with the store, so those will all be available,” Uher stated. “We have two entrances. One is nice for the third-party delivery. They can come in and pick up the orders without having too much interaction with customers that are in the store ordering.”

Jersey Mike’s Subs, a 65-year-old franchise headquartered in Manasquan, New Jersey, has steadily grown across the U.S. and even into parts of Canada and Australia. There are currently over 1,700 Jersey Mike’s Subs locations in the world, per Entrepreneur.com.

The large sandwich chain is also well-known for its role in community assistance, including by partnering with Boys and Girls Clubs of America to raise funds dedicated to young people. According to the Jersey Mike’s official website, “the company’s mission is to bring its customers the highest quality, freshest made sub in the industry and give back to the communities in which it operates.”

Uher sees the new Ames store as an opportunity to empower young people in the area, while also providing an enticing meal option for locals of all ages. “We get to work with the Boys and Girls Club of Story County,” he relayed. “And we are just super excited to be a part of the community, giving people another place to eat in Ames.”

According to Uher, Jersey Mike’s Subs in Ames plans to open its doors Wednesday at 10:00 a.m. The store will remain open seven days a week, from 10:00 a.m. to 9:00 p.m. The restaurant is located at 537 Lincoln Way. To find out more information regarding the store’s menu or to place an order, visit www.JerseyMikes.com or call 515-232-1150.