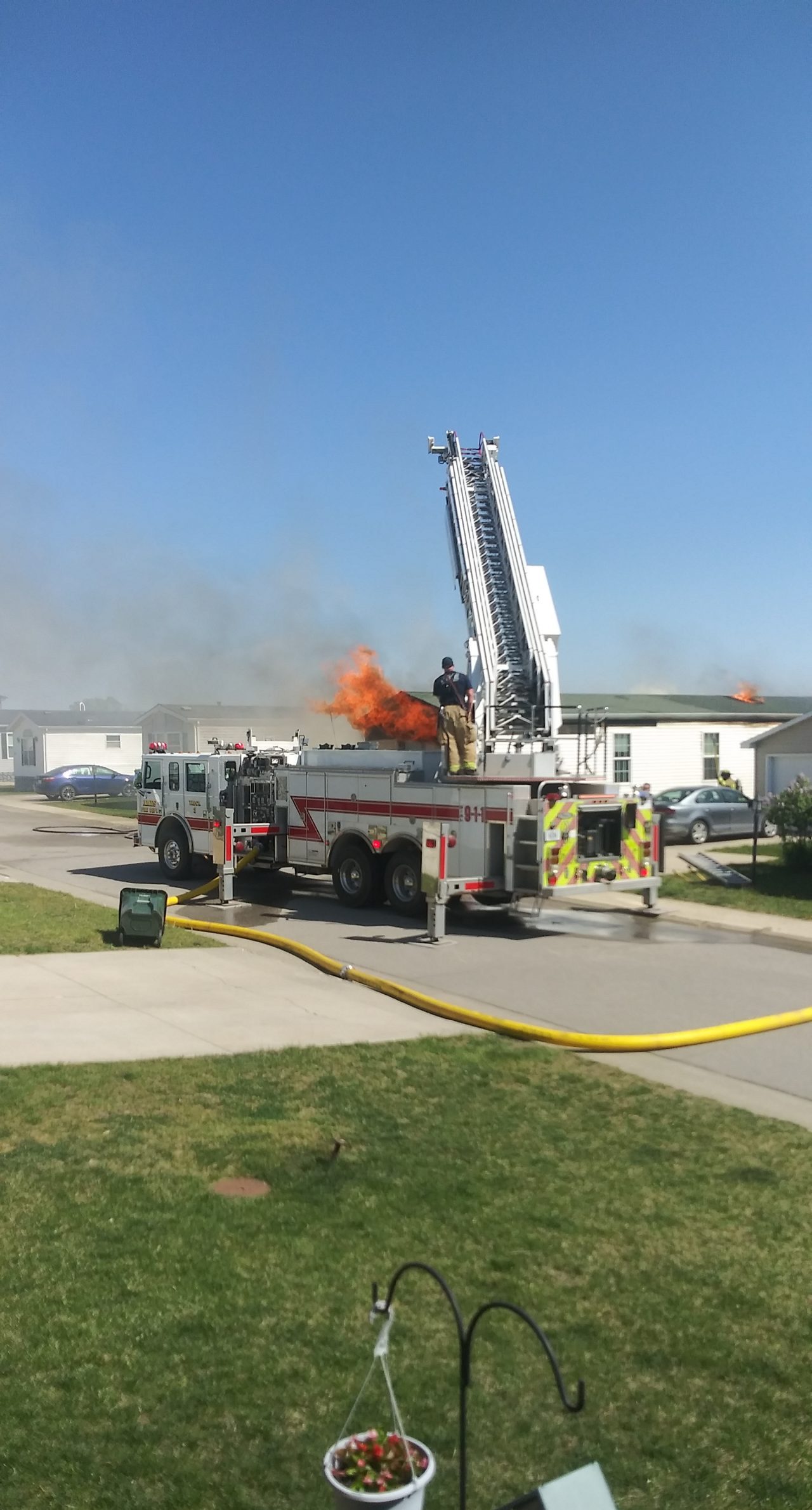 According to a city press release, the fire occurred at 2616 Browning Street inside Four Seasons Park just off South Dayton Avenue in Ames. Crews responded to the blaze at approximately 3:10 p.m. to find “heavy smoke and flames” bellowing from the structures roof.

The only resident of the home was reportedly inside when the fire began, per the release. The individual sustained minor injuries but was able to make it out safely. The Red Cross is currently working with the resident to find alternative housing.

The mobile home’s estimated damage is thought to be near $75,000. The Ames Fire Department, who responded to the fire, has declared the home a total loss. The cause of the blaze is currently under investigation.

Firefighters are urging citizens to check their home’s smoke detectors regularly to ensure they are working properly.