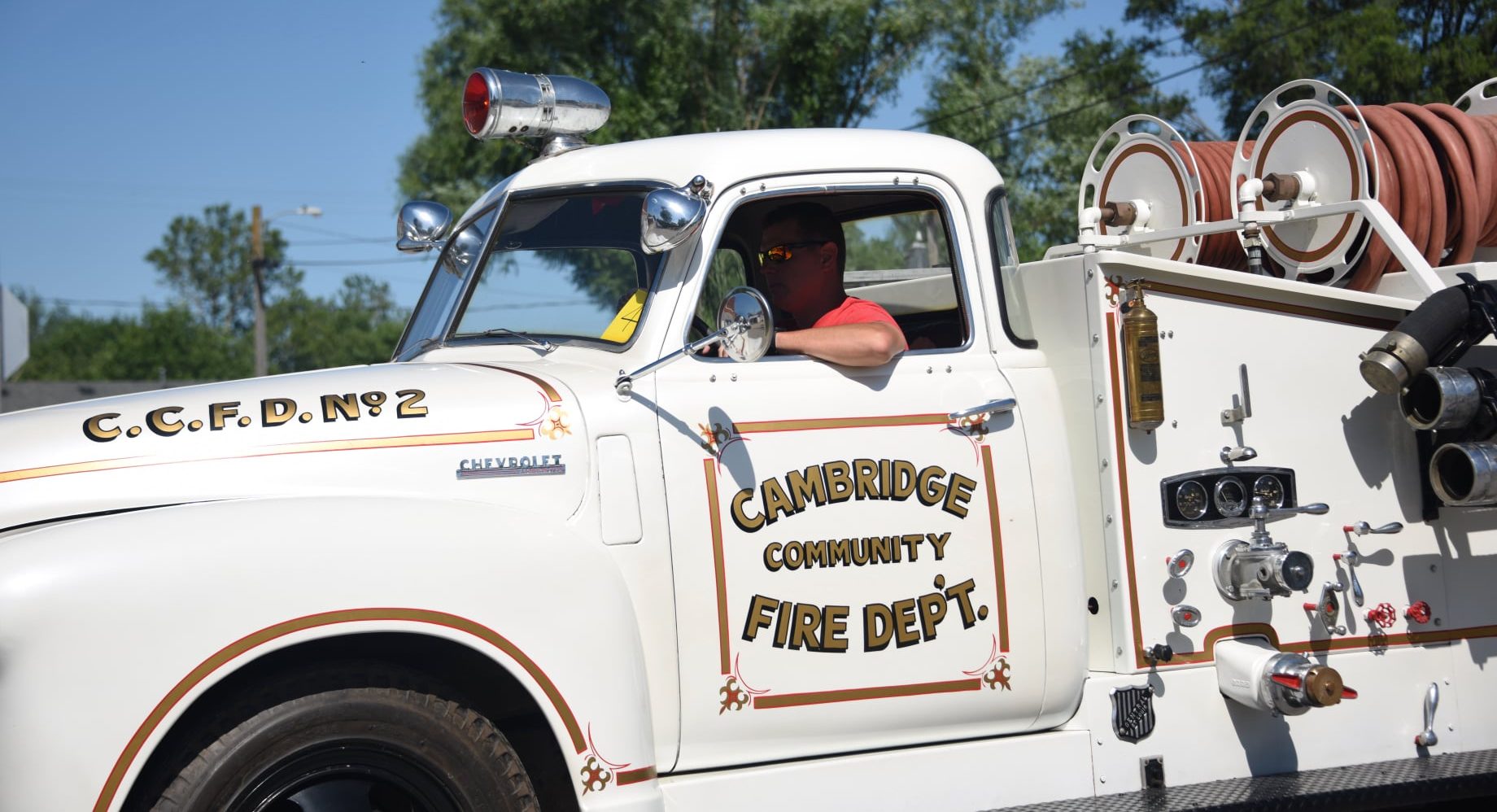 The 2021 edition of Cambridge Firemen’s Days was held June 11-13 in the city of Cambridge, Iowa.

The following photos and commentary were provided to StoryCounty.News by Cambridge City Council member Barb McBreen following this year’s event:

“Last year, the Cambridge Firemen’s Days parade and celebration was cancelled due to COVID-19, but this year people came out to celebrate in full force.

“It was evident that folks were ready to celebrate after a year of shutdowns. All the events were well attended during the three-day festival. On Friday night, the Ballard Community Band and Choir entertained folks, while the firemen served hot dogs and hamburgers, and the Dorcas Hall group served ice cream and pie. The day’s festivities were capped off by fireworks.

“On Saturday, the parade included several fire department vehicles from surrounding fire departments, the Ballard Band, and several floats. After the parade, patrons were able to get food in the park, and kids could play on the inflatables in the park or participate in several games. A silent auction was held in Dorcas Hall. Later in the day, the Volunteer Fire and Rescue Department hosted a tenderloin dinner.

“Also on Saturday, three Grand Marshall volunteer firefighters were honored for their years of service and for their extraordinary service as rescue volunteers during the COVID-19 pandemic in 2020 and 2021.”