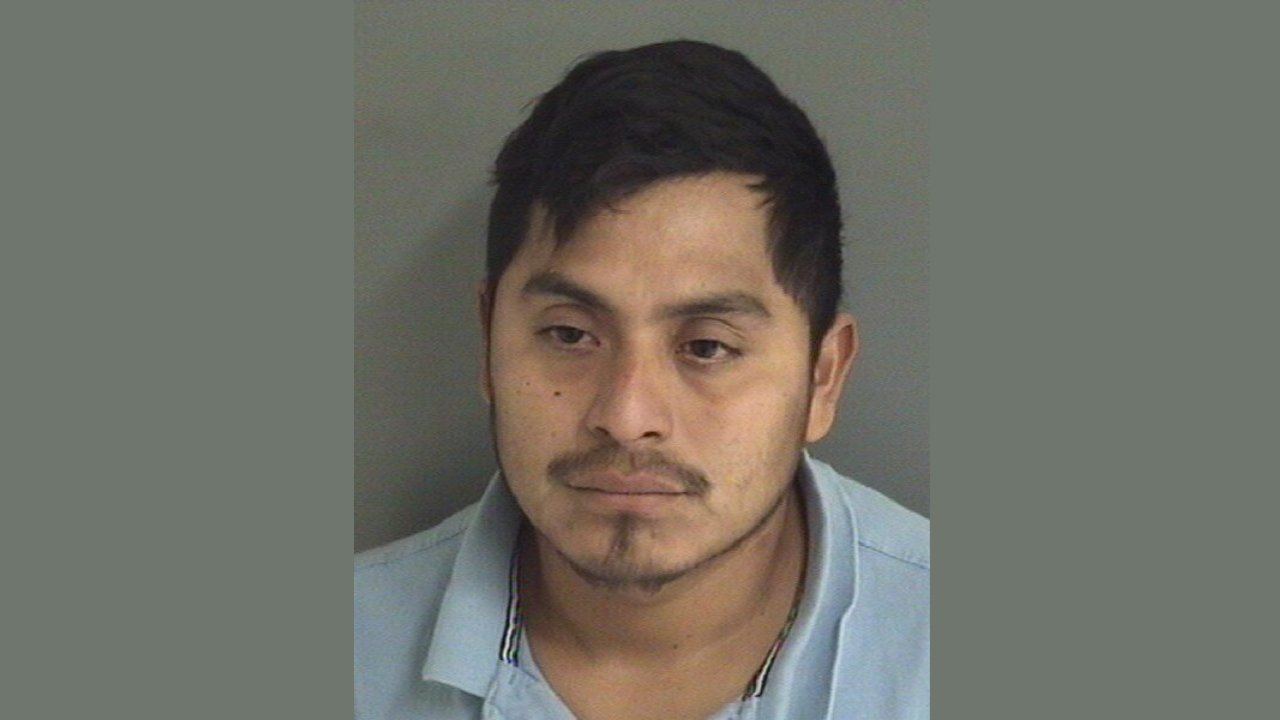 A man is behind bars after multiple altercations with Ames officers in recent days.

According to Ames Police Commander Jason Tuttle, the first of two separate incidents occurred early last week after authorities were summoned on a report of a nude man in a south Ames parking lot. “Officers were dispatched to the 200 block of Crystal Street on a report of a male naked in a parking lot exposing himself to people,” Tuttle stated. “Upon arrival, an officer located a naked male in the parking lot. He was behaving erratically. He talked in Spanish almost continually but was saying something about God and reaching toward the sky.”

The man, later identified as 35-year-old Alfredo Montes-Castillo, reportedly demonstrated behavior consistent with that of illicit drug use. “The officer believed the man was under the influence of drugs,” Tuttle continued. “Another officer who spoke Spanish arrived. [Montes-Castillo] told the officer that he had used methamphetamine.”

The criminal complaint indicates that first responders were summoned to the scene, but the suspect resisted any attempts to be examined. In somewhat short order, the situation became violent. “Medical professionals attempted to evaluate him, but he became combative and fought extensively with officers,” Tuttle said. “During the fight, [Montes-Castillo] bit an officer’s forearm, which broke skin, left teeth marks, and caused swelling.”

In addition to the officer who was bit, Tuttle noted that another officer suffered bruised ribs from the scrum.

Eventually, Montes-Castillo was subdued and taken to Mary Greeley Medical Center in Ames.

Less than 24 hours after the initial parking lot incident, the Ames Police Department was notified that the suspect was ready to be released from medical supervision. According to Tuttle, when officers arrived at the hospital to arrest Montes-Castillo, the situation became escalated once again. “When officers attempted to take him into custody, he fought extensively and had to be transferred to jail in handcuffs and a restraint chair,” Tuttle explained. “When asked why he was resisting, he said it was because he didn’t want to go to jail.”

No injuries were reported from the second altercation; however, the same officer who had reportedly been bit the day before was also involved in the hospital scuffle.

Per court documents, Montes-Castillo faces the follow criminal charges in connection with the arrest:

Tuttle also noted that although Montes-Castillo admitted to having used methamphetamine, no drug charges were filed since officers did not find paraphernalia on his person at the time of the arrest.

Montes-Castillo is set for two separate court appearances in relation to the above charges, both scheduled for Monday, November 29, one at 10:00 a.m. and another at 1:00 p.m., per online records. He is being held at the Story County Jail on a total bond of $20,650.