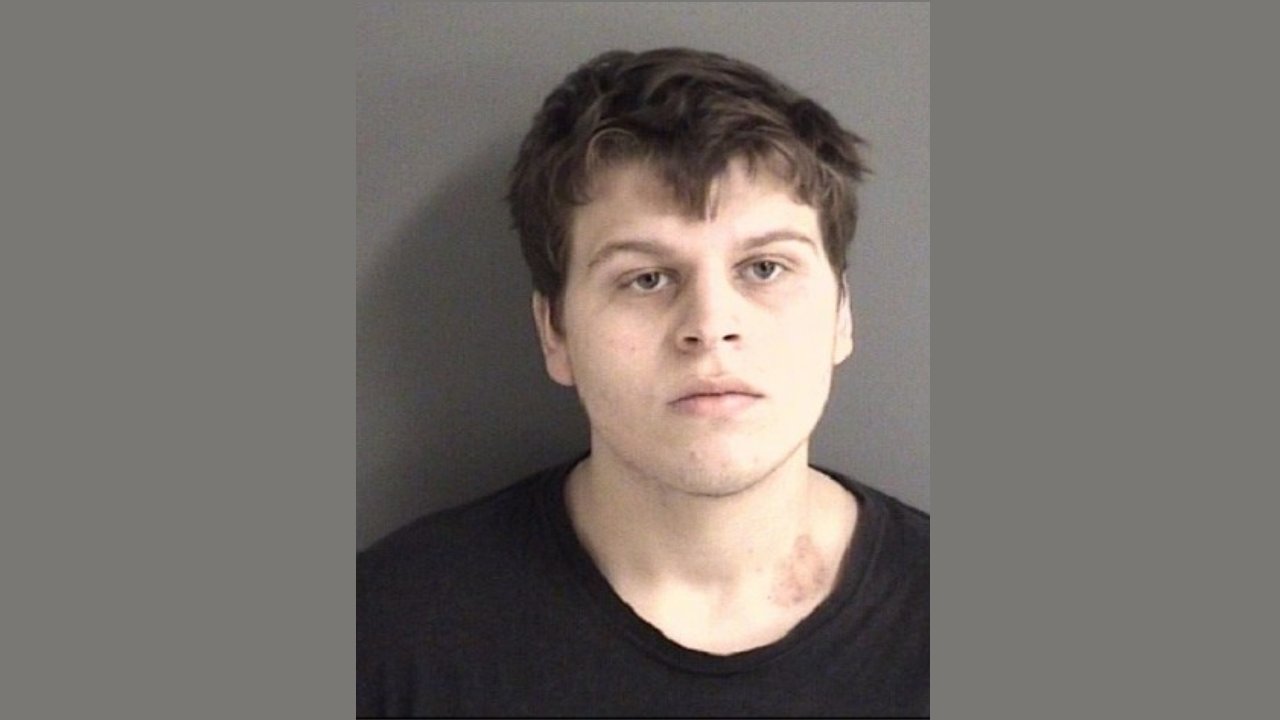 A man is accused of placing his girlfriend in a chokehold during a domestic assault that allegedly occurred in west Ames.

Ames Police Commander Jason Tuttle stated that the altercation occurred in the 200 block of Raphael Avenue at the apartment of the female victim. “The victim called us saying he was throwing her against a wall and was refusing to leave,” he explained.

Officers reportedly arrived at the scene to find the suspect, 20-year-old Deston Gene Doss, who was calm and cooperative during the ensuing investigation, along with the female. “The victim said [Doss] put her in a choke hold from behind,” Tuttle described. “[The victim] said she was having trouble breathing due to the force used. She stated that he also choked her again while on the bed. While this was occurring, she bit [Doss] in the chest.”

According to the criminal complaint, Doss is also accused of temporarily hindering the victim’s ability to use her cell phone to call 911.

Doss is said to have denied choking the victim but did suggest that the two’s interaction was not particularly friendly. “He admitted to what he called ‘hugging’ the victim because he wanted to be close to her, but he admitted he was ‘not nice about it,’” Tuttle said. “The victim sustained red marks on her arm where she had been hit. We called an ambulance to evaluate her.”

Doss was arrested and now faces the following charges in connection with the incident:

Doss was released from the Story County Jail on a total bond of $5,300. He was scheduled to appear in court for a preliminary hearing on Tuesday.

The number of domestic abuse arrests throughout Story County have seemingly experienced an uptick over recent weeks. Tuttle pointed to the unsettling nature of such reports, especially those that include such acts as strangulation. “It is concerning, just because of the type of injury that can occur,” he acknowledged. “That’s why we typically try to have [the victim] evaluated, because there are sometimes injuries that we can’t see and that could put them in a difficult position.”

During what can be a very stressful time of year for some, the need for planning on the part of abuse victims becomes ever more important. “We do see an increase [of domestic violence] around the holidays,” Tuttle added. “It can be a stressful time for families. Everyone is usually in the house together. The kids are home. Finances are tight. There may be stress from dealing with family members and extended family.

“Unfortunately, it can be a very dangerous time for victims in these cases. I think the biggest thing is trying to think of a safety plan ahead of time. How would they get out of that situation if it escalated? Share that with a trusted friend that can also be there for them by providing a safe and secure place to stay away from the suspect.”

Not all abusive situations are created equal. However, a number of local resources remain in place to assist in the event of a dangerous domestic circumstance. “At times, we have had victims covertly text others, asking them to call 911,” Tuttle said. “We do have text-to-911 in our dispatch center, so [victims] can also text 911 and ask for help. If they can be clear on what they need, that is one option.

“ACCESS [Assault Care Center Extending Shelter & Support] is another option. If it’s not an immediate threat at that moment, ACCESS can help victims work through a safety plan. And we have a domestic violence shelter here in town.”

Tuttle concluded by emphasizing the importance of staying alert to variables that could lead to an escalated and potentially dangerous situation. It remains crucial that an abuse victim carefully weigh the risks of returning to a relationship in which domestic violence has occurred. “These are complicated cases, because oftentimes there is this circle of manipulation and violence that happens,” Tuttle said. “The suspect will apologize and make things better, and then he will turn on the victim again.”

If you are dealing with domestic abuse and need help, visit www.AssaultCareCenter.org. You can also call the Domestic Violence Crisis Line at 1-855-983-4641. The non-emergency phone number for Ames PD is 515-239-5133. If the situation is putting you in immediate danger, call or text 911.