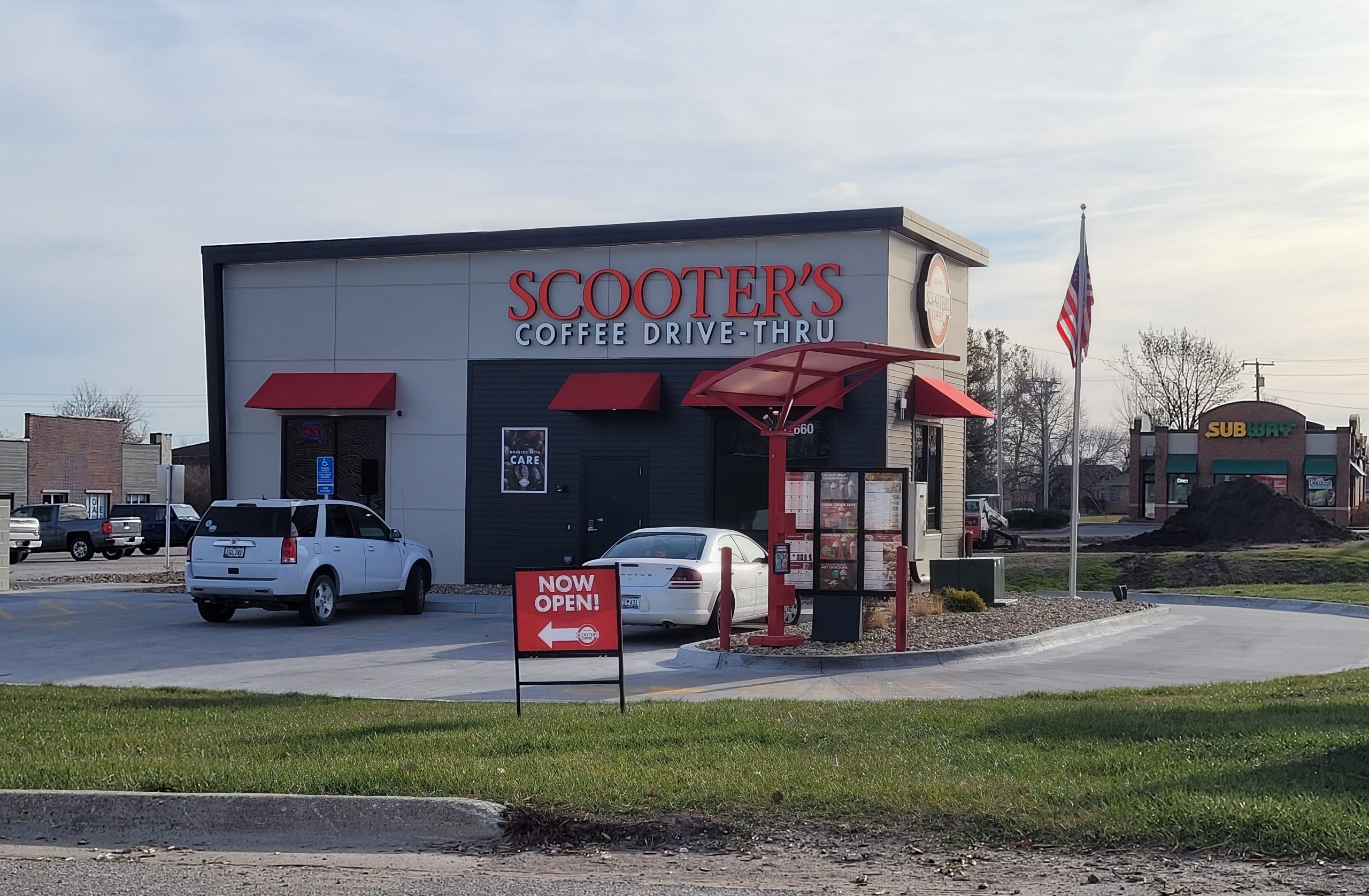 The Huxley community is officially welcoming a new addition to the business district, as Scooter’s Coffee is celebrating its grand opening this week.

The stand-alone drive-thru coffee operation, which is one of over 350 locations nationwide, opened for business earlier this fall. Store co-owner Deb Auen has already seen the fruits of a vibrant small town like Huxley. “Huxley is a wonderful community,” Auen said. “It is a great place to do business.”

Scooter’s, which features specialty coffee and baked-from-scratch pastries, is known for its fast drive-thru service the country over, according to a company press release. The company has been in operation since 1998, when co-founders Don and Linda Eckles opened the first location in Bellevue, Nebraska.

In spite of the Covid-19 pandemic, the release indicated that Scooter’s has future plans of opening a number of additional locations across the U.S., with commitments already in place for new locations in 30 different states.

The Huxley Scooter’s is celebrating its grand opening through Friday, during which time customers can earn bonus rewards points when paying through the Scooter’s app. On Friday, December 10, the first 100 customers will receive a $5 gift card with the purchase of $10 or more.

Auen is inviting everyone from the Huxley and the surrounding communities to drop by and celebrate the store’s arrival. “Scooters in Huxley has a dedicated local staff which will serve up amazing coffees, food and drinks,” she stated. “[And we’re] amazingly fast. We are looking forward to growing with Huxley and being part of the community.”

Scooter’s Coffee in Huxley is located at 660 North Highway 69 in the parking lot of the Ballard Plaza, which is currently undergoing a revitalization. Scooter’s is open daily from 5:30 a.m. to 8:00 p.m.