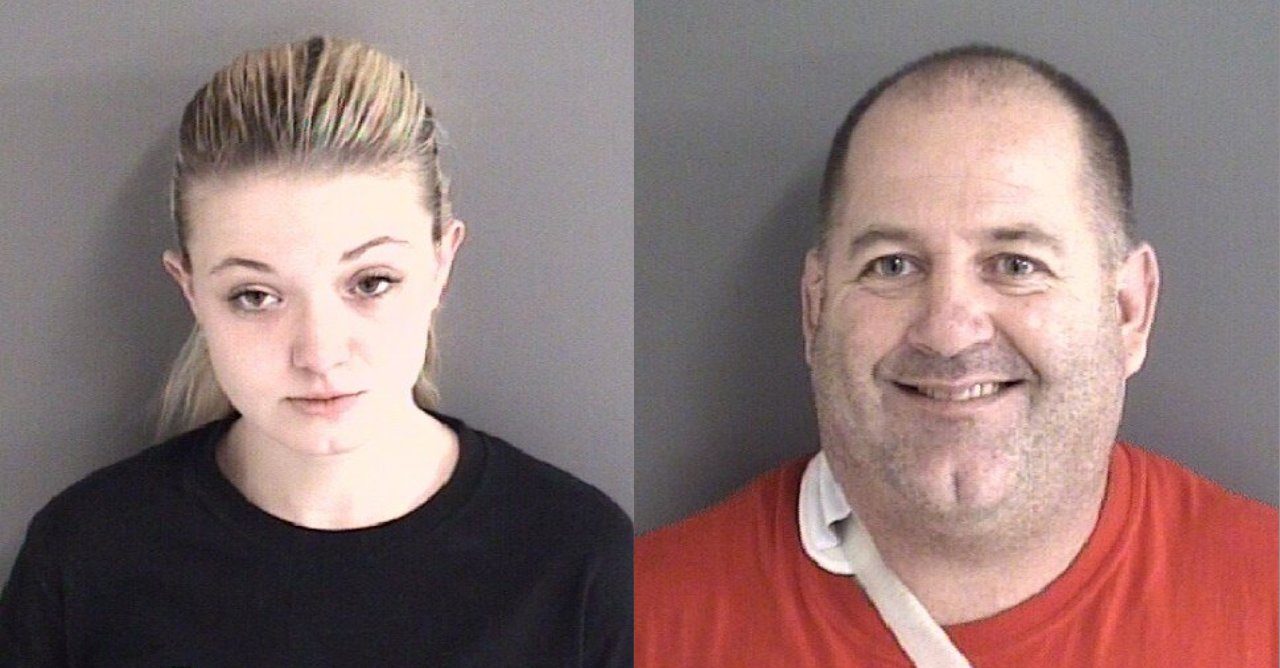 Two fugitives, one of which is an unregistered sex offender, have been taken into custody in downtown Nevada. In addition to the pair’s outstanding warrants, they now also face felony charges connected to a “marijuana grow operation” that was allegedly found inside their apartment.

47-year-old Clint Matthew Palmer and 22-year-old Morgan Jennifer Wickers-Lowell were arrested at approximately 7:00 a.m. Monday after police were given a tip that Palmer was in the area.

According to Nevada Police Chief Ricardo Martinez, officers were notified of the situation after Palmer reportedly blew his own cover at a local bar. “He started a conversation with some of the people [at the bar],” Martinez said. “He gave the impression that he was on the run from the police because he was a registered sex offender in another state.”

“That information got to one of our officers, who started doing some digging to see if it was true. We were able to verify it. We got enough to get a search warrant together and get some charges filed on him.”

It was eventually discovered that Palmer was evading an arrest warrant stemming from the state of Massachusetts.

In the process, investigators found that Palmer was being accompanied in Nevada by another wanted suspect, Wickers-Lowell. “The more information we got, the uglier it got,” Martinez continued. “We found out about his girlfriend and discovered that she was wanted, as well.”

Authorities arrested Wickers-Lowell as she was attempting to leave the back of the pair’s apartment, located at 1210 Sixth Street, Unit 1, according to Martinez.

According to a press release, Nevada PD, along with the Story County Sheriff’s Office and Story County Drug Task Force, executed a search warrant at the downtown residence and discovered a “marijuana grow operation” in the apartment. In all, eight different marijuana plants were found, along with “other items of distributing and growing marijuana.”

“We were a little surprised by the grow operation,” Martinez admitted. “Our officers that were investigating suspected that [Palmer] was doing some kind of dealing. That kind of stuff happens all the time. But to actually go in and see a grow operation taking place…It wasn’t anything big, but if [a suspect] has part of their apartment dedicated to growing marijuana plants, it gets your attention. I can’t remember the last time we found a grow operation.”

Palmer was taken into custody and faces the following charges, per online records:

Palmer’s warrants out of Massachusetts were reportedly in connection to felony charges of Failure to Register and Obstruction of Prosecution.

It is unclear what charges Wickers-Lowell faces in connection with her Massachusetts arrest warrant. However, she now faces the following charges in Iowa:

The US Marshall’s Office and Sturbridge Police Department (Massachusetts) also assisted in the investigation, according to the release.

Jail records indicate that both suspects are currently being held in the Story County Jail without bond.