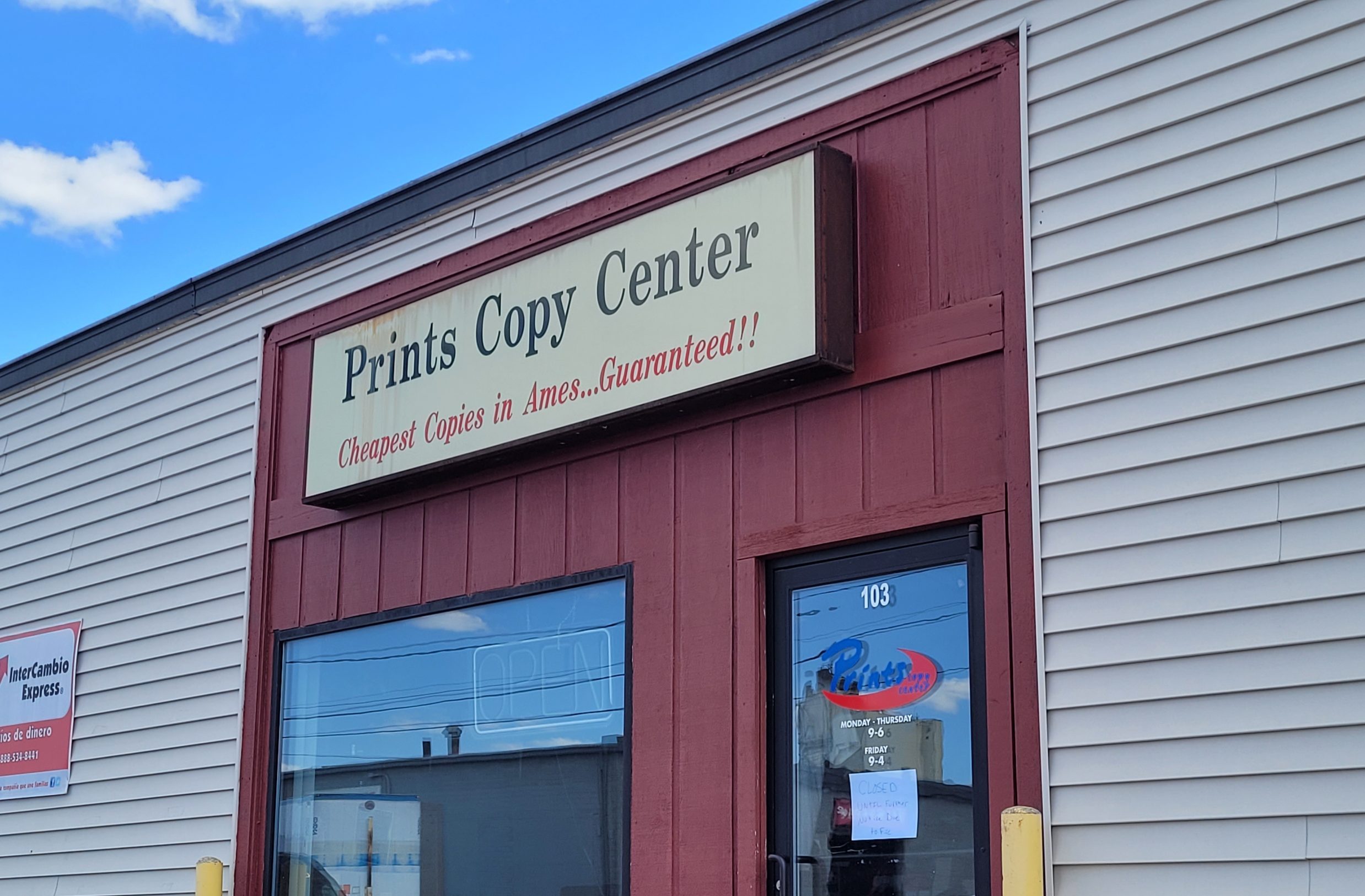 Two Ames businesses that were hit with extensive smoke damage during a fire this spring remain closed as remediation continues.

Ames Deputy Fire Chief Tom Hackett told StoryCounty.News that one of the property managers at 118 South Sherman Avenue, a multi-tenant commercial building in Ames, reported smoke to authorities at around 8:00 p.m. on May 15. Officials were able to put out the fire, but the smoke had already taken its toll.

Prints Copy Center and Rosita’s Mexican Store, two of the three businesses at the location, sustained significant damage during the incident. “Apparently one of the coolers [at Rosita’s] caught fire,” Prints Copy Center Owner Emily Hyde said. “And it wasn’t necessarily fire damage, but the smoke damage is the biggest problem.”

Hyde told StoryCounty.News that smoke from the next-door unit traveled through the ventilation system and affected almost everything inside her long-running business. “At my store, everything was covered in soot,” she explained. “Luckily, there was not structural damage with the building itself. But there’s a lot of work to be done to get Rosita’s and [Prints Copy Center] back up and running.”

Hackett noted that the third business in the building, Howard’s Sales, Inc., was also affected by the smoke, albeit less than the other two stores.

Total repair cost between the three units is thought to be approximately $80,000, according to Hackett.

Over one month into a hiatus caused by the mishap, Hyde has remained positive, while also acknowledging the difficulties that will continue for the immediate future. “It’s really been difficult being down,” she expressed. “It’s been like a weird, forced summer vacation, where there’s nothing for me to do until they get us back up and running. I’m trying to make the best of it.

“Luckily, I have insurance, so that’s the good news.”

Hyde has been working alongside a business partner at the South Sherman Avenue location for over 10 years, specializing in laminating, business cards, and other media printing. “I pretty much focus on quick printing,” she said. “If you need 500 copies, I’m going to get you in and out as soon as I can. Especially these days, people don’t like to wait around. So, I like to go as fast as we can.”

Hyde noted that efforts have been made to salvage as many machines from the store as possible, but all projects that were at the facility during the incident were destroyed. As far as the remediation process is concerned, carpet and supplies are being replaced, and the duct work is being cleaned.

Having established a loyal bevy of long-term customers, Hyde hopes that everyone will remain patient as the store makes progress towards the end goal of becoming operable once again. “Ames is such a great community, and I have this loyal support,” Hyde stated. “If anyone is wondering whether or not I’m going to reopen, the answer is ‘Absolutely.’”

“I’m going to be back as fast as I can, providing the same services. I just need a little bit of time.”

An attempt to contact a spokesperson for Rosita’s, which also remains closed, was unsuccessful.