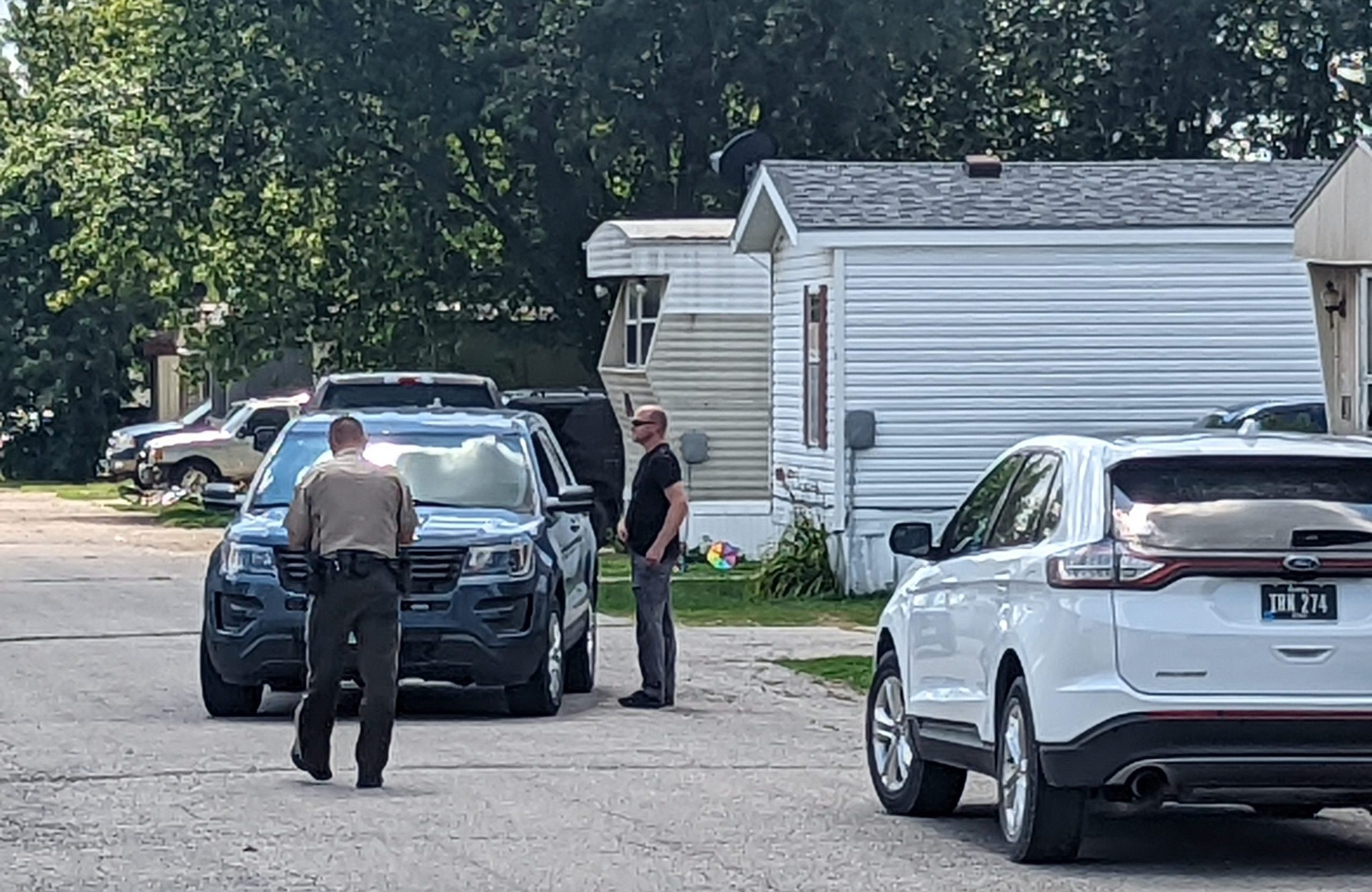 Authorities are asking people to avoid an area near a mobile home park in Story City after an explosive device was discovered during a firearms arrest and search warrant operation.

According to a Story County Sheriff’s Office press release, deputies were executing the search warrant Thursday at Ledgestone Meadows mobile home park when the discovery was made. The release stated that “authorities found what appears to be a homemade explosive device.”

The Sheriff’s Office is requesting that people avoid the Ledgestone Meadows mobile home park area until the State Fire Marshall’s Office gives clearance. Residents nearby have reportedly been alerted to the situation.

(UPDATE- 1:24 p.m.) The Sheriff’s Office has announced via a press release that Hammond was taken into custody without incident Thursday and charged with the following crimes:

The warrant and charges were filed as a result of a video on social media that reportedly showed Hammond firing a rifle at traffic signs while driving down a road.

It was while authorities were executing the search warrant in response to the firearm charges that they found the homemade explosive device in Hammond’s home. The State Fire Marshal’s Office has since rendered the device safe, and there is no ongoing threat to the general public, according to the release. Additional charges relative to the explosive device are expected but have not yet been announced.

The Sherriff’s Office was assisted in the investigation by the following agencies:

Hammond is being held at the Story County Jail on a $26,300 bond, according to online records.