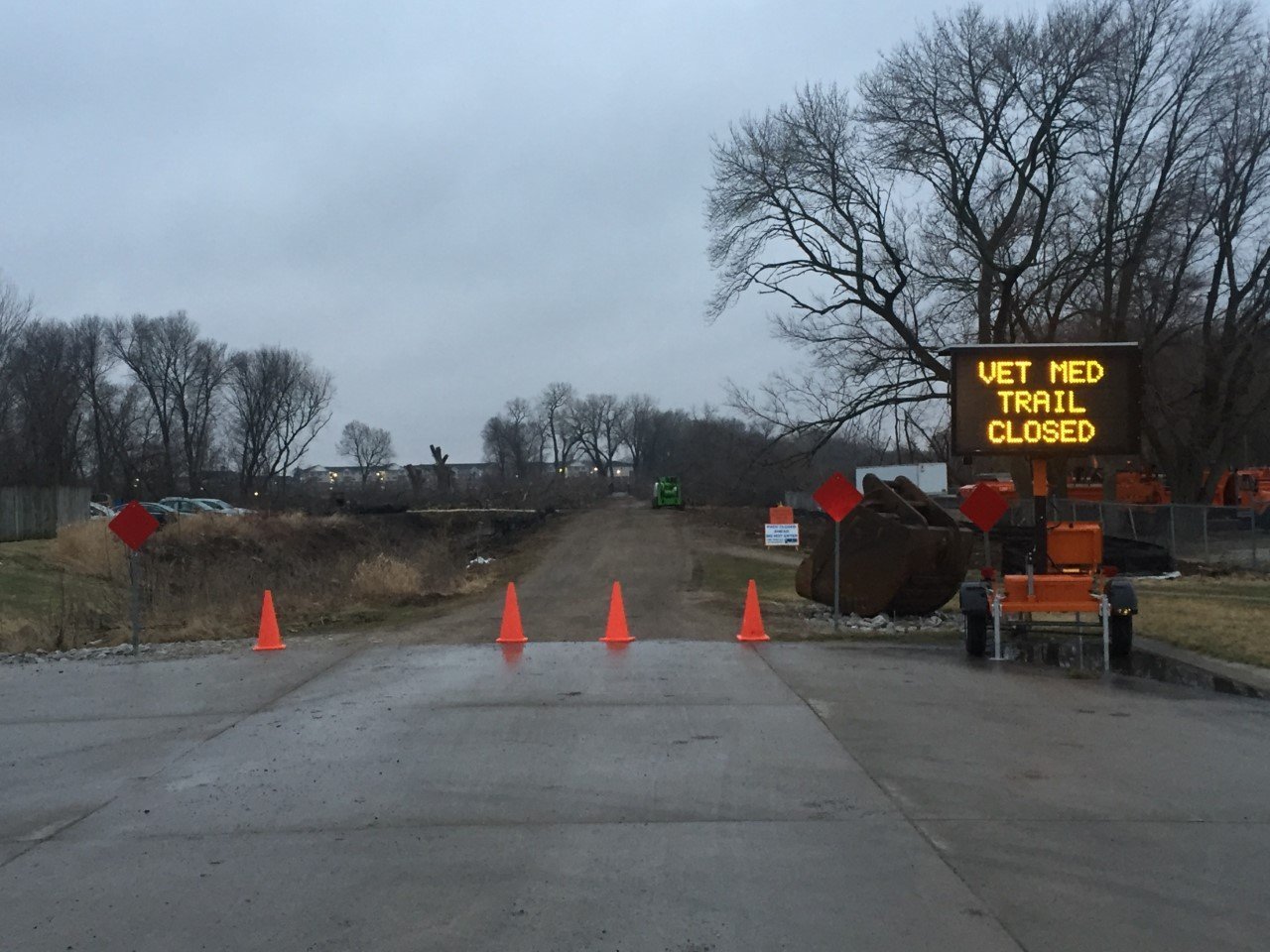 As Story County and the world around it weigh the future amid the worst pandemic since the Spanish flu of 1918, the City of Ames has its sight set on a game-changing roads project.

According to City of Ames Municipal Engineer Tracy Warner, major work is underway in Phase One of the much-anticipated three-phase South Grand Avenue Extension project. Warner relayed that South Fifth Street’s expansion to meet up with South Grand is still early in the construction phase, but that visual progress is now apparent. “With environmental considerations, we had to drop trees by April 1,” Warner noted. “And I know [Peterson Contractors Inc.] has been down there working on a box culvert at the South Fifth area already.”

With Weiss Tree Service Inc. and Peterson Contractors Inc. (PCI) having spent many hours on site during the past several weeks, the Fifth Street phase is now in a pivotal stage. Warner expressed both optimism and excitement, specifically with regards to the current status of the city project. Construction contracts have been set, and the community can now see a long-time-coming project begin to take significant shape “The construction projects for South Fifth and South Grand have both been bid and awarded,” Warner said. “And it just happened to be that the same contractor (PCI) got both of those.”

With PCI beginning work well in advance of its late start date of April 6, signage has been posted to notify citizens that the Vet Med Trail, which runs from South 16th Street to South Third Street, is now closed for the immediate future. However, Warner reiterated that this this closure, which is expected to last somewhere between 16 and 18 months, will not only lead to the coveted additions to two of Ames’ major roadways, it will also open the way for quality shared use paths in the area. “The trail will run along the south side of South Fifth, and then it will actually go under Grand and meander back up to connect back into the Vet Med Trail,” stated Warner. “So the big bridge will have a shared use path portion of the bridge on that west side, and then a trail will also run along Grand on the west side down to South 16th.”

The local community has long been awaiting a project that would send South Grand Avenue past Squaw Creek Drive, along Coldwater Golf Links, and straight into South 16th Street. Both daily commuters and fall college football traffic should benefit from the wait. With the South Fifth Street portion of the plan evolving over recent time, all of Ames is set to enjoy the fruits of many years of hard work and planning.

Warner summed up the development of the project by describing the unique facets of the multi-phase task at hand. “So the South Fifth Street Extension will go from South Grand over to tie in with the roadway at about the Boys and Girls Club area,” she said. “And so the big field that is south of the ‘current’ South Fifth…The road will go in that portion. The existing road will become just an access road to the apartments there, and Walnut Avenue will tie in to Fifth as a T-intersection. And, again, a shared use path will be on the south side of Fifth, connecting from Grand to Duff.”

In recapping the layout for Grand’s connection to South 16th, Warner repeated that the new roadway will not affect operation of Coldwater Golf Links. “Grand Avenue will take off from Fifth and will go across Squaw Creek, make an ‘S-meander’, and tie in near the clubhouse area of Coldwater, by the Grove Apartments.” she explained. “So there will be a big box culvert where the golfers will go under Grand.”

As far as flooding fears are concerned, Warner emphasized that the current plans take past experiences and lessons learned into account. “What ends up happening is Squaw Creek backs up because the Skunk River backs up, and then Worley Creek is just another hydraulic that plays a part”, she acknowledged. “This new roadway was designed to accommodate a flood such as the 2010 record event that we had, so there’s a very large bridge over Squaw Creek and then another 200-plus-foot bridge just into the golf course to accommodate those flows.”

With improvements also in the works for the third phase of the massive project, an improved intersection connecting South Duff Avenue and South 16th Street, things are certainly staying busy for the City of Ames, its hired contractors, and everyone involved with the project. But in a time of such uncertainty, staying busy, practicing socially-distancing, and looking forward to better times ahead are some of the best things a person can do.