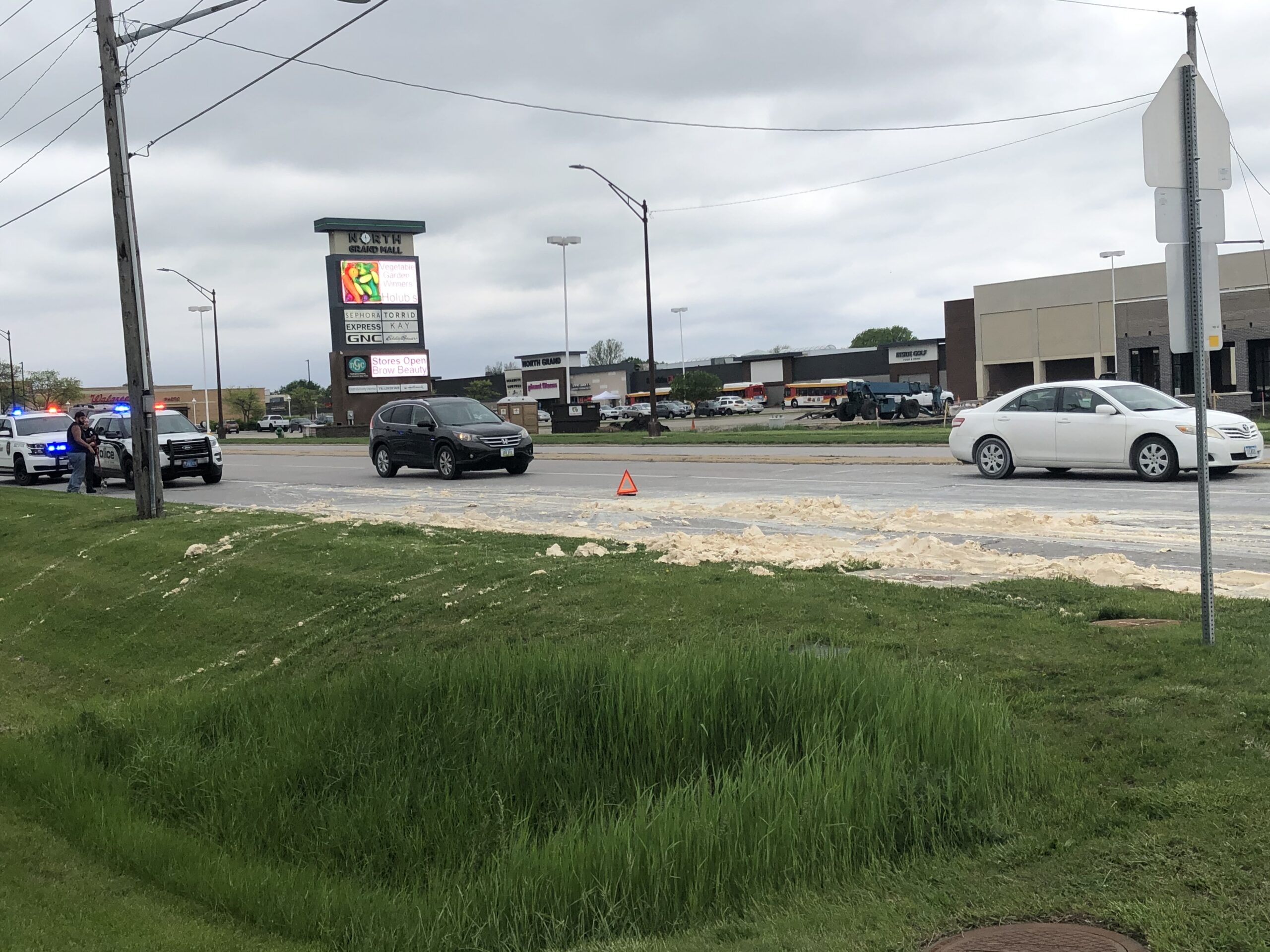 Locals traveling north on Grand Avenue in Ames Wednesday afternoon may have been slowed by a bizarre pair of side dump truck mishaps.

According to Ames Police Commander Jason Tuttle, two separate incidents were called in shortly after 4:30 p.m. Wednesday from the northbound lanes of Grand, both involving messy lime spills along the roadway. The first, occurring at the intersection of Grand and 30th Street, involved a truck owned by Wulfekuhle Injection & Pumping. “The caller told police that the trailer tipped as it was turning the corner and lost items out of the back,” Tuttle confirmed. “They stated that lime was all over the road.”

A single lime spill would be one thing, but ironically enough, a remarkably similar incident occurred just down the road less than 20 minutes later. “Yeah, so it’s a little confusing, because there were two,” Tuttle explained. “The second one was at Grand and 20th Street. According to the report, the driver had to stop too fast for a vehicle that suddenly stopped ahead of it.” Records show that the second spill involved a side dump truck owned and operated by Hands On Excavating LLC. The contracted company cleaned up the mess, along with help from the Ames Fire Department and the City of Ames Street Department.

Tuttle explained that both trucks in the separate incidents were hauling lime from the city’s Water Treatment Plant. Following the mineral removal from the two separate stretches of roadway, the drivers involved were cited by the Iowa Department of Transportation Motor Vehicle Enforcement, who assisted the Ames Police Department in response to both calls.