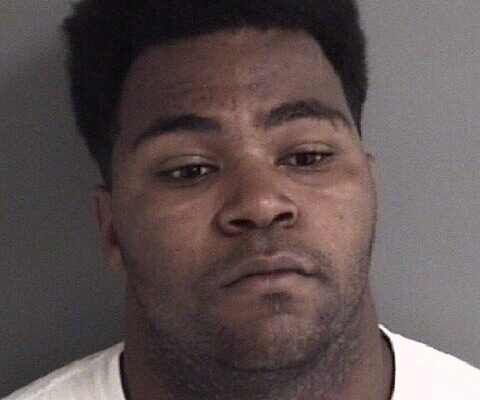 A frightening incident that occurred Saturday night near Campustown in Ames and led to a standoff with police on Thursday has led to a suspect’s arrest.

According to Ames Police Commander Jason Tuttle, 21-year-old Tyrae J. Manns of Ames was arrested Thursday afternoon after an investigation into an alleged shooting on Lynn Avenue began last weekend.

An initial Ames PD Press Release dated August 23 indicated that officers were called to the 300 block of Lynn Avenue near Campustown at 11:00 p.m. Saturday night on a report of shots fired. On arrival, officers reportedly located shell casings in the roadway, but there was no sign of a culprit. There was, however, damage to a nearby building, as bullet holes were located during the ensuing investigation.

The call was the second of such nature in recent days, as Tuttle confirmed that a different 911 call of shots fired was placed in the early morning hours of Wednesday, August 19. The caller from the first incident reported observing a commotion in a nearby parking lot in the 300 block of Lynn Avenue, followed by the sound of gunshots.

Both callers in the separate incidents reported shots being fired; however, no injuries were sustained in either occurrence, according to Tuttle. Tuttle did confirm that the department believes the two incidents are related.

After sufficient time for investigation, Ames PD was able to identify Manns as its wanted suspect. A tip offered to authorities led officers to an apartment building in the 3300 block of Grand Avenue. While stationed outside the building, officers tried communicating and negotiating with Manns by phone, which initially led to a standoff between the two parties. Tuttle relayed that the standoff lasted close to an hour and a half, before Manns eventually gave himself up.

According to Tuttle, Manns streamed his arrest on Facebook Live as he exited the apartment complex and was placed in handcuffs.

Court records indicate that Manns was already awaiting trial in a Polk County court on a separate charge of Domestic Abuse Assault, stemming from an incident earlier this year. Manns now faces new charges of First-Degree Robbery, a class “B” felony, Intimidation with a Dangerous Weapon, a class “C” felony, and Dominion/Control of a Firearm by a Felon, a class “D” felony.