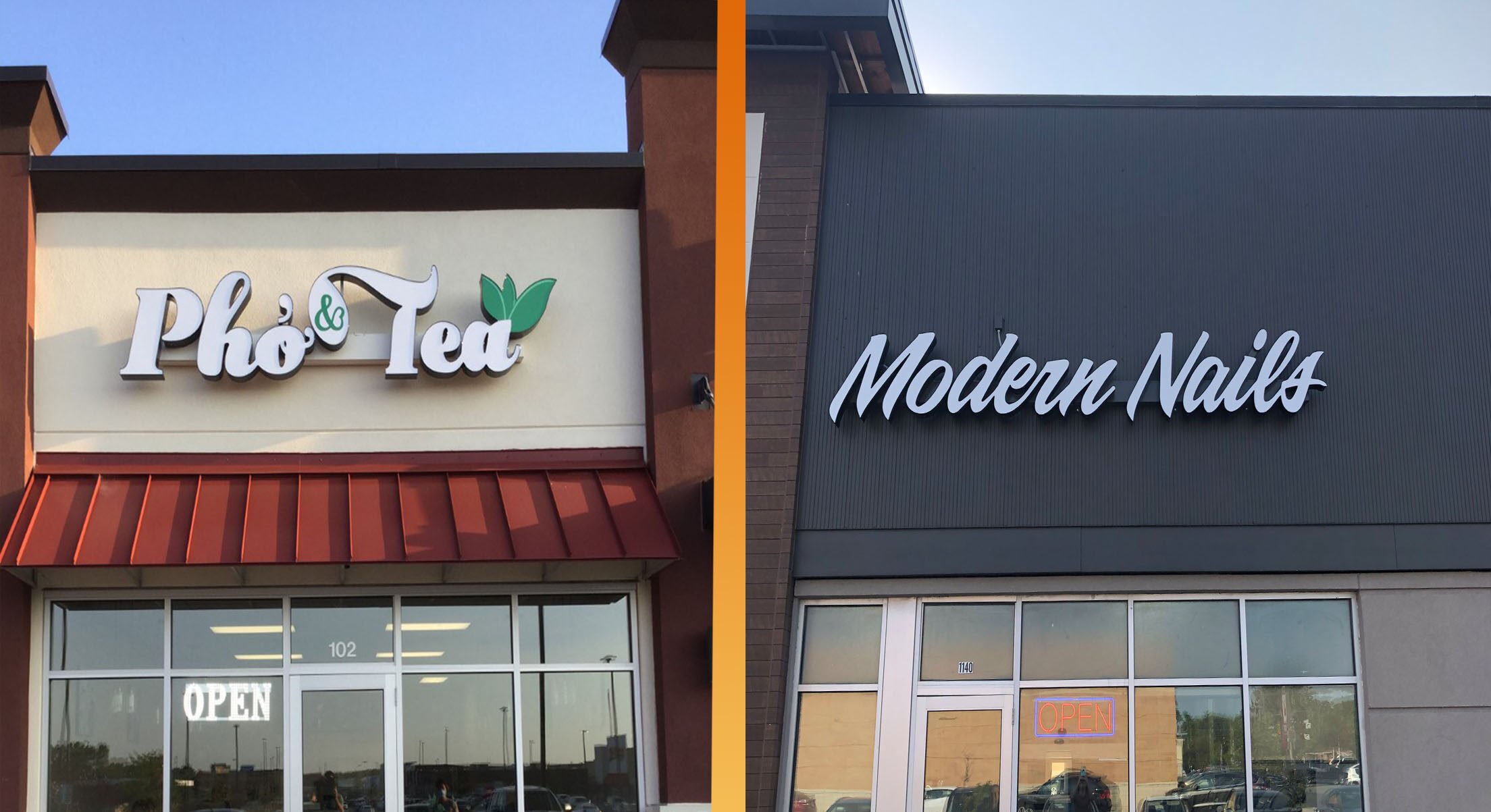 A pair of locally owned family establishments are open for business in the vicinity of the North Grand Mall in Ames, and both are primed to bring something unique and appealing to a diverse demographic.

Pho & Tea, along with its counterpart Modern Nails, are busy bringing a Vietnamese-style flavor to the multi-cultural community of Ames. According to Pho & Tea Restaurant Manager August Vu, both Modern Nails and Pho & Tea are owned and operated by the Vu and Nguyen family, the latter business having opened for the first time just this past month.

Vu explained that the general locale of Pho & Tea, which sits just to the southeast of the North Grand Mall, proved to be an easy choice during the decision-making process. “My family has been living in Ames for about seven or eight years now,” he said. “So, they know the area. The [North Grand] Mall just seemed like such a good spot for us, especially since it’s so close to everything.”

The family’s other business venture, Modern Nails, is a full-service spa and nail salon situated in the mall itself, but with an outdoor entrance. The family, which had previously operated Happy Nails just two mall suites to the south, has been serving the area for approximately nine years. According to the store’s website, the spa and nail salon offers a wide array of services including pedicures, manicures, and waxing. The family is still busy putting the finishing touches on the revitalized interior of the site, while still serving customers in the interim, per Owner Jimmy Nguyen.

Modern Nails, also operated by the Vu and Nguyen family, is building on an already steady reputation.

Vu made it clear that the family is happy to be able to continue to build on its established reputation for quality nail and spa services, while bringing the same customer-oriented service to the local food industry. “First and foremost, we’re a family business,” he reiterated. “All of our food is authentic and fresh. We serve mainly Vietnamese food, along with Chinese and Korean dishes.”

For those that may not be familiar with the Pho & Tea menu or, for that matter, authentic Vietnamese food in general, Vu suggested trying some of the restaurant’s well-known favorites. “For an appetizer, I’d go with the egg rolls or the spring rolls,” he said. “And I would definitely recommend the Beef Noodle Soup or the Grilled Pork Vermicelli. Those two entrées are both very popular. And, really, most of our food is pretty light, so you don’t crash later on.”

As the store name would lend one to believe, Pho & Tea also offers a wide spectrum of flavorful drinks for its customers. “As far as drinks go…For one, we have Boba Teas, which are milk-based teas,” Vu noted. “And we also have fruit teas, plus smoothies as well.”

Considering the current landscape that has been shaped by the COVID-19 pandemic, Vu noted that the family has taken appropriate precautions to ensure the health and safety of all its customers and employees. “We have dine-in service right now, but it’s very limited,” he acknowledged. “We have six tables and they’re all at least six feet apart. Also, all of our employees are required to wear a mask and gloves. And we do recommend that our customers wear a mask when entering the restaurant.” In addition to the measures listed above, the store also offers takeout service, plus delivery via EatStreet.

During such trying times, the Vu and Nguyen family are hoping the Story County community will make a concerted effort to support local businesses, such as its own Pho & Tea and Modern Nails.

Modern Nails is located along the mall front at 2801 Grand Avenue, Suite 1140 in Ames. The spa and nail salon is open weekly, Monday through Saturday from 9:30 a.m. to 8 p.m. and Sundays from 11 a.m. to 5 p.m. For more information on Modern Nails and its amenities, visit www.ModernNails.info.