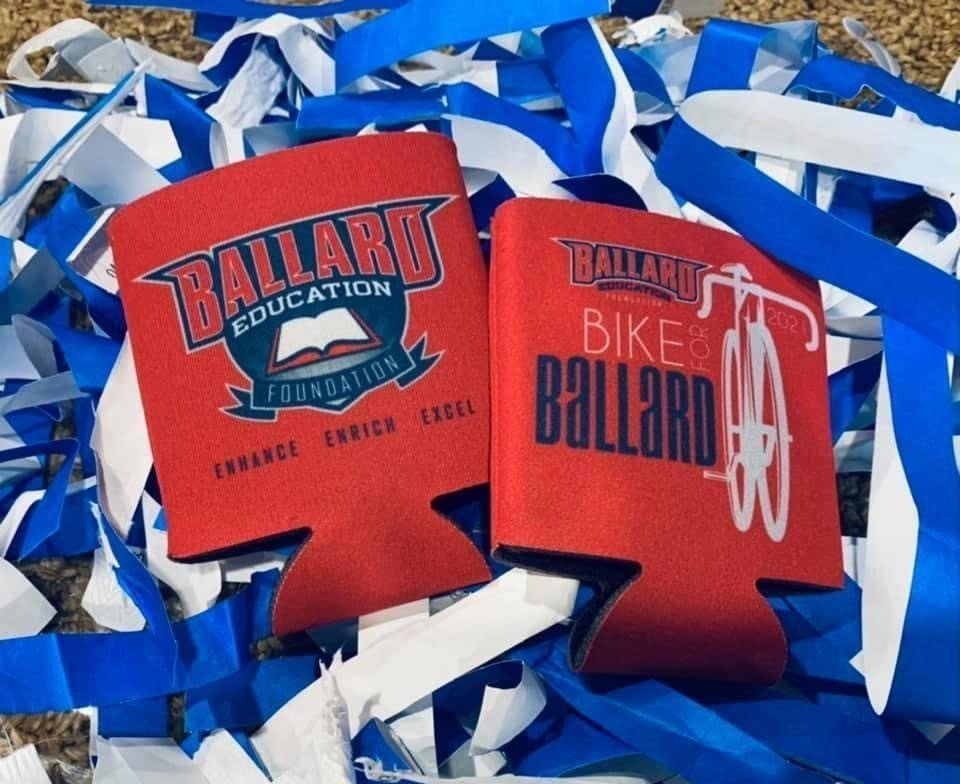 Ballard Community Schools benefited greatly over the weekend, after an organized biking fundraiser brought in nearly $9,000 from the public to support district activities.

According to Ballard Education Foundation President Sara Wilson, the “Bike For Ballard” event was held Saturday afternoon, stretching from Slater all the way to Cambridge along the Heart of Iowa Nature Trail. For the past five years, the foundation has held an annual gala to generate funds, but the pandemic caused the biking idea to be more feasible for everyone involved this year. The day’s results were more than even Wilson expected.

“We know summer is busy, but we still wanted to do something as we know there are needs at the schools,” Wilson explained. “We pivoted this year due to the pandemic and decided to try a fun bike ride. We quickly put plans together and were hoping for 60 riders and to raise $5,000.”

Cost of entry into the ride Saturday was $40 per person, and riders were able to start and finish wherever they preferred along the route. Bike World set up a repair unit in Huxley to help participants throughout the day.

With an official final tally of 115 registered cyclists, along with a few “ghost” riders and generous sponsors, and $8,850 raised, Wilson came away pleased with the support local residents gave toward the ride. Still, this is not the first time she has seen such generosity from the Ballard public. “As supportive as this community is, I’m not surprised,” she stated. “We have held our annual gala for five years, and the event has averaged about $70,000 per year, which is put directly into the schools.”

The Ballard Education Foundation initially became a concept of the Ballard School Board back in 2013 after a feasibility study regarding the idea was conducted. “Prior, seeking contributions had been undertaken at the school, club, class and/or parent support group level, with no system in place to coordinate the district’s fundraising efforts for educational opportunities,” Wilson said. “As a result, it was clear a foundation would be an asset to the Ballard Community Schools.”

Wilson stated that the goal of the Foundation has remained consistent since Day 1: Give local young people every opportunity possible to succeed. “The mission of the Ballard Education Foundation is to enhance the educational experiences and opportunities available to students of Ballard Community Schools by partnering with individuals, alumni, businesses, organizations, and community,” she noted. “This money funds grant requests made by teachers and classes. Examples include literacy resources and books, field trips, playground equipment, flexible seating, industrial tech equipment, mental health resources, Lego robotics, online subscriptions, and more.”

The ride this past Saturday, which featured a free koozie for each registered rider and pit stops at three different local businesses (Nite Hawk Bar & Grill in Slater, Fenceline Beer Lab in Huxley, and The Tattered Toad in Cambridge), was just another showing of the loyalty the Ballard community has had towards the Foundation since its inception just six years ago. “We officially incorporated in 2015 and have since been working to be known as a local organization that people will consider contributing resources to in support of Ballard staff and students,” she said. “Volunteers have been mobilized, fundraising events and initiatives have been executed, and thousands of dollars have been donated from generous community members. Nearly half a million dollars has been granted to our schools!”

Wilson also stated that although the organization does not currently have any other fundraisers on the calendar for the near future, she expects the Bike For Ballard idea to become a fixture of the Foundation. “Nothing else lined up as of right now, but we know we want to keep raising money, so people can watch our Facebook page and website,” she concluded. “We look forward to doing [Bike For Ballard] again next year. It was a great day!”

With the pandemic not quite over yet, Wilson expressed optimism with the funds raised over the weekend, while still acknowledging the need for continued support from those in the area who are able to help. If you are interested in helping the Ballard Education Foundation, you can send a donation to the following address:

Donations may also be submitted online at www.BallardFoundation.org/support/donate.