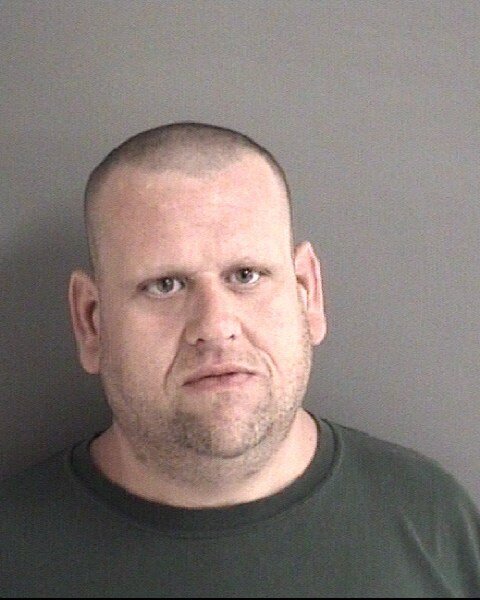 An Ames man accused of fleeing from an Ames Police Department arresting officer has been caught by authorities in Cameron, Missouri.

According to Ames Police Commander Jason Tuttle, 36-year-old Benjamin E. Breer had been wanted by Ames PD for over five months after theft-related warrants had been issued for his arrest. “This goes back to January 29 at a traffic stop,” Tuttle stated. “[Breer] was driving under suspension then. He was cited and released. However, we had found two packages in his vehicle that we later determined were stolen from two addresses on Steinbeck Street. So, we filed two theft warrants. The warrants were issued on February 3.”

For nearly a month, Breer’s whereabouts remained unknown. However, on February 27, police once again crossed paths with Breer after a vehicle was stopped for what Tuttle described as a “stop sign violation.” It wasn’t long before the situation escalated. “We came in contact with him again in the 1200 block of North Dakota Avenue on a traffic stop,” Tuttle said. “He was a passenger in the vehicle and had active warrants. When officers attempted to take him into custody with handcuffs, he pulled away from the officers, jumped into the driver’s side of the vehicle, and took off.”

Just like that, detectives were forced to again work at locating Breer, who was now facing a felony charge for escaping custody. After months of investigating, detectives were led to believe that Breer was somewhere in the Cameron, Missouri area. “Ames detectives called us,” Cameron Police Chief Rick Bashor explained. “During their investigation, they came to believe that [Breer] was possibly in our area. They gave us his information, and then our detectives went out to a couple of neighborhoods and found his vehicle parked in front of a duplex. Some of our officers walked around the house and made contact with him.”

Bashor acknowledged the risks involved when attempting to arrest any individual who has a history of fleeing from police. However, much to the relief of all involved, Breer reportedly cooperated with Cameron officers. “We didn’t know how it was going to go, but we did know that it was an escape-from-custody case,” Bashor related. “But we showed up, knocked on the door, and he surrendered without incident.

“He was taken to the Clinton County [Missouri] Jail, and then waited for an extradition back to Story County.”

Breer is currently being held at the Story County Jail on an $8,500 bond. He faces the following charges:

Online records also indicate that Breer is facing four counts of Driving While Revoked, all stemming from separate incidents in 2021.

According to court documents, Breer is scheduled to be arraigned in a Story County courtroom on the felony charge of Escape from Custody on Monday, July 26 at 1:30 p.m. He is set for a non-jury trial on the Theft and Driving While Revoked charges on Friday, September 3 at 2:00 p.m.