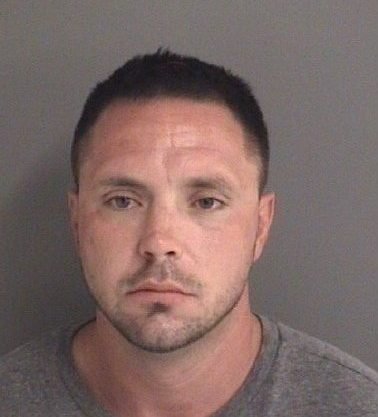 A man faces multiple charges after being accused of hitting a victim over the head with a metal pipe at a rural property near Ames.

According to Story County Sheriff’s Office Sergeant Elizabeth Quinn, 32-year-old Nicholas J. Wilmarth of Mason City is accused of assaulting an individual with what deputies originally thought to be a baseball bat. “This incident started on June 6 when the Story County Sheriff’s Office was called to respond to 16353 563rd Avenue, just north of [Ames],” she stated. “There was a report that a male had been struck in the head with a baseball bat. The bat was later confirmed to have actually been a metal pipe.”

When officers arrived at the scene of the incident, they reportedly found a male suffering from a severe head injury. “The victim was transported to Mary Greeley Medical Center,” Quinn relayed. “They were later transported to Mercy One with injuries. We did make contact with the [victim] on June 9, and they had a severe wound to their head above their left ear and were in intensive care.”

An arrest warrant was soon issued for Wilmarth, and eventually investigators became privy to information that helped them locate his whereabouts. “We had received a tip that Mr. Wilmarth was staying at a hotel in Urbandale,” Quinn said. “We were able to locate him there and apprehend him without incident.”

The Urbandale Police Department assisted in the arrest, according to Quinn. Wilmarth was subsequently transported to the Story County Jail.

Wilmarth faces the following charges corresponding to the alleged assault:

Wilmarth has a reported history of run-ins with law enforcement. Authorities in the Mason City area have made multiples arrests of Wilmarth over the years on charges that include forgery, eluding police, and burglary, according to several northern Iowa news outlets.

Following his most recent arrest, Wilmarth posted an $11,000 cash bond, per court documents. He is scheduled for an initial court appearance Wednesday, July 14 at 1:00 p.m.