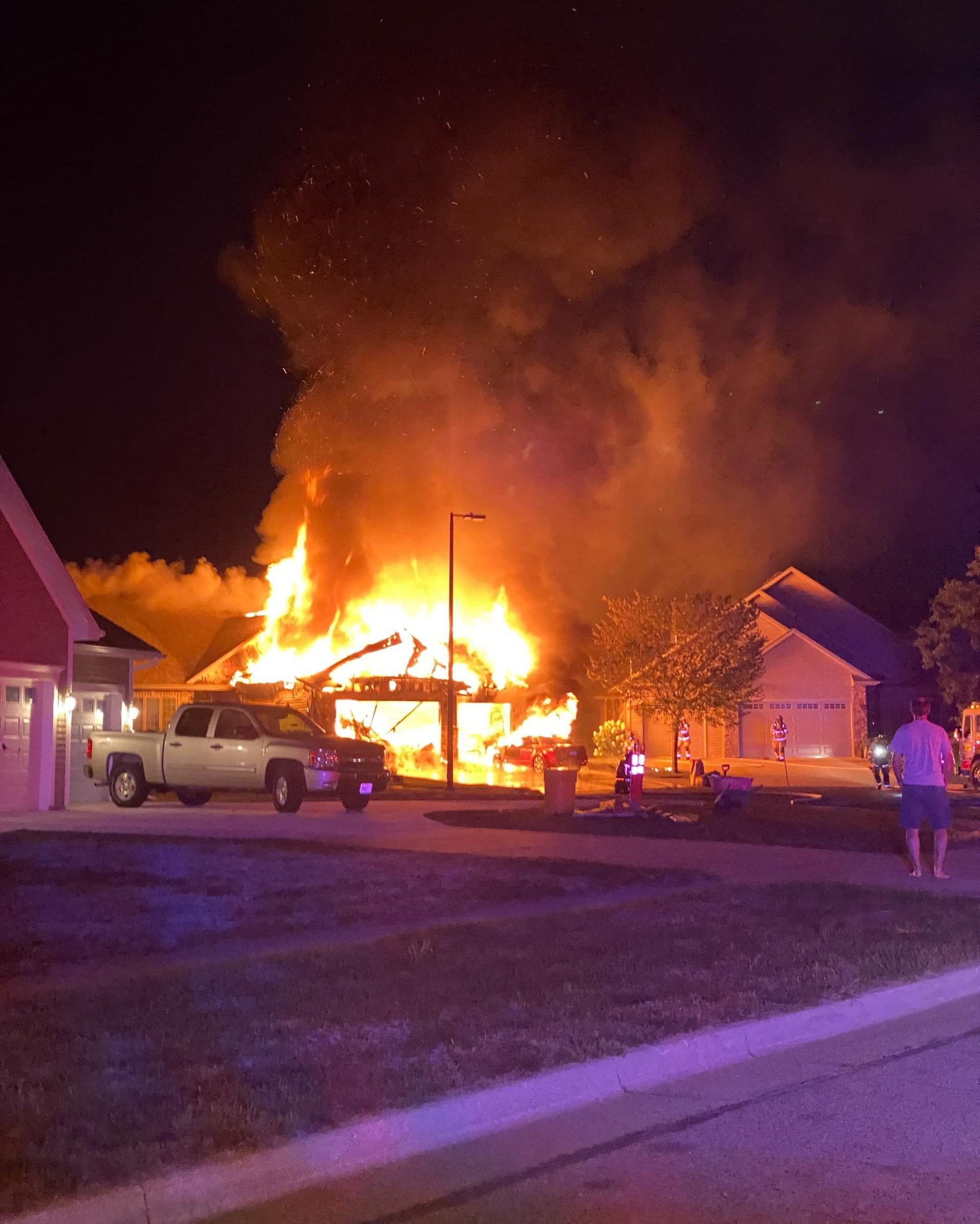 A home was critically damaged and a garage destroyed after a north Ames structure caught fire late Saturday.

According to a press release, the Ames Fire Department responded to the 4302 Harrison Circle property just before 11:00 p.m. Saturday to find heavy flames and smoke bellowing from the garage, which is attached to the home.

Firefighters reportedly made headway with the fire to the point where they could make entry and keep the blaze from spreading to the rest of the home.

The release stated that the garage is a total loss, whereas the home, which lies just to the southwest of Ada Hayden Lake, is said to have suffered an estimated $150,000 in smoke and water damage.

Occupants of the single-family home were reportedly inside the structure when the fire began, but all were able to escape in time. No injuries were reported.

The cause of the fire is currently under investigation, but officials don’t believe it to be suspicious.

Once again, residents are being reminded to check their smoke detectors monthly in order to ensure early alert to a possible fire.