Skip to content
Home > On the blotter > Campustown mulch fire put out within minutes; cigarette likely cause 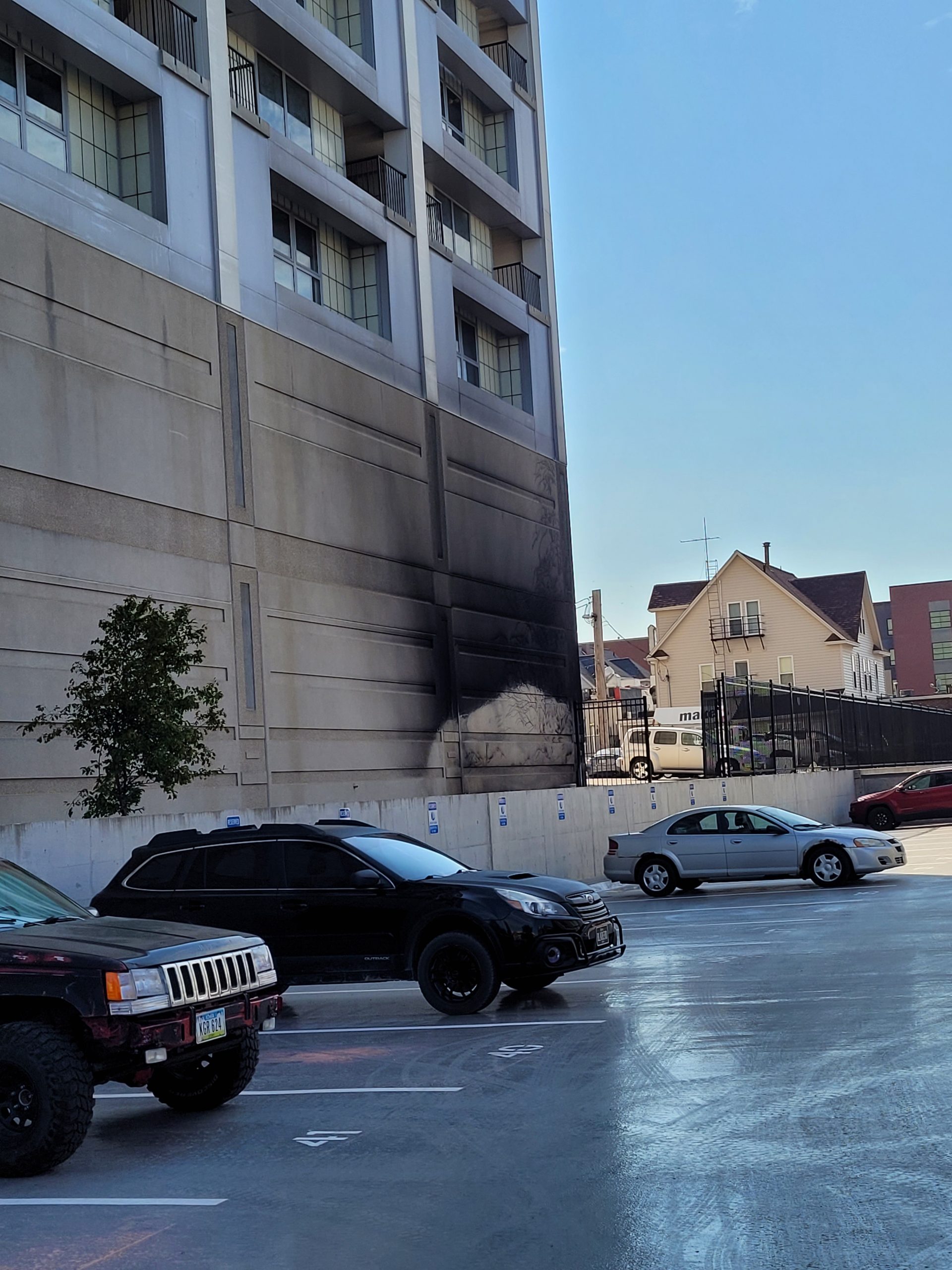 Campustown mulch fire put out within minutes; cigarette likely cause

A fire that caused considerable alarm among bystanders in the Campustown area of Ames on Wednesday was put out within minutes by first responders.

Black smoke was seen bellowing outside the northwest corner of the 119 Stanton Avenue building, also known as Legacy Tower, early Wednesday afternoon. The large apartment complex happens to be situated just a stone’s throw away from the Ames Fire Department’s Station 2 location. “It’s on the same block,” said Dave Folkmann, a shift commander with the fire department. “It’s almost right behind it. It was like a minute [before firefighters responded]. They were right there, right on top of it.”

Officials were able to quickly extinguish the flames, which were found to have started outside the building itself. “It burned for maybe five minutes,” Folkmann continued. “They had it out really quick. It was in some ground up tires [used for] rubber mulch on the side of the building.”

“Tires make a lot of black smoke when that rubber burns. The smoke was very impressive.”

The cause of the fire is unknown, but officials speculate it may have been started by someone illegally disposing of a hot cigarette. “We’re not exactly sure how it started,” Folkmann stated. “Our best guess is discarded smoking material.”

With the quick response of firefighters, damage from the fire was minimal. Folkmann estimates total damage will be limited to the cost of cleaning the blackened exterior wall of the building.

No one was injured in the incident.