Skip to content
Home > From the Eye of the Storm > Six straight against ISU? Storylines heading into Iowa’s battle in Ames 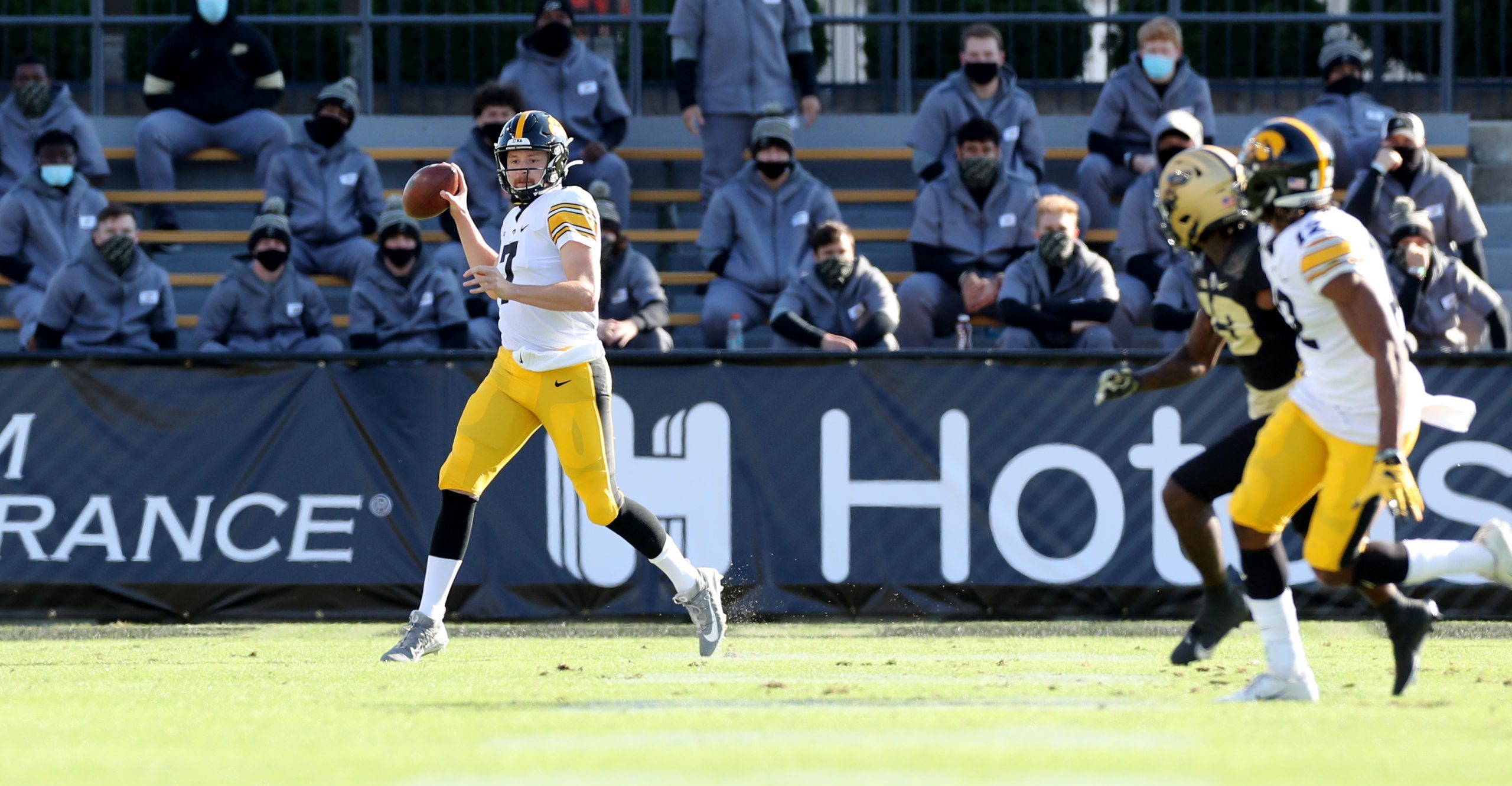 The No. 10 Iowa Hawkeyes (1-0) and the No. 9 Iowa State Cyclones (1-0) will face off in an historic matchup Saturday. The Cy-Hawk game is a highly anticipated event within the state of Iowa each year. In 2021, however, the contest is drawing significant national recognition. The programs have never before met while each appearing in the Associated Press Top 25.

Iowa has won five consecutive games against the Cyclones dating back to 2015. (Iowa and Iowa State did not play each other last season due to the COVID-19 outbreak.) Cyclones head coach Matt Campbell has brought a measure of success and relevance back to the ISU program during his tenure so far, although he has yet to defeat the in-state rival Hawkeyes. Iowa also leads the series all-time 45-22.

The Hawkeyes surged this week in the AP poll after a 34-6 pummeling of the then 17th-ranked Indiana Hoosiers. Iowa State, on the other hand, barely squeaked past FCS foe Northern Iowa by a final score of 16-10. Don’t be fooled, though. Last week does not matter. The last five years don’t mean a thing. At kickoff on Saturday inside Jack Trice stadium, it will all come down to who plays better football during Week 2.

Blocking Out Distractions Key To Victory

Fans are back in the stands, ESPN College Gameday will be live from Ames, and more football fans from around the country will be tuned in than in years past, especially considering it will be the only Top 10 matchup this week nationally. But the team that will come out on top is the one that can ignore the hype, block out the noise, and simply execute what they have been preparing for throughout the week. Here is how Iowa can be that team.

First of all, they need to build on their incredible defensive performance from a week ago. Indiana’s talented quarterback, Michael Penix Jr., threw just four interceptions in all of 2020. Iowa picked him off three times during Week 1, two of them being returned for touchdowns by cornerback Riley Moss. As a unit, they held the Hoosiers to 233 total yards and, more importantly, kept them out of the endzone all game. “We were very prepared,” Moss stated postgame. “We absolutely won because of…our preparation.”

Iowa will need to be prepared for an Iowa State offense capable of much more than what the Cyclones showed in their own opener. Phil Parker and company will need to adapt to contain star tailback Breece Hall. They also have the challenge of disrupting the connection between veteran quarterback Brock Purdy and his favorite target last week, wide receiver Xavier Hutchinson. The Cyclones can additionally hurt even the strongest of defenses with their talented tight end group, which may give Iowa a taste of its own medicine.

Fear not, though, Iowa fans. The Hawkeyes have a stud in the backfield of their own, Tyler Goodson. Set up by some incredible blocking, Goodson sent Kinnick stadium (and those of us watching on television) into a frenzy with his 56-yard dash to break open the scoreboard last Saturday. The Hawkeyes never looked back. They will seek to set the tone early during their road opener in Ames by running the football explosively and consistently.

Still, there is some definite room for improvement in the passing game. Last week, Iowa’s star tight end product, Sam LaPorta, caught five of eight targets to lead the team in receptions, as well as in receiving yards with 83. The Hawkeyes still need Tyrone Tracy, Jr. and Nico Ragaini to establish themselves as consistent options for Spencer Petras. In what figures to be a much closer game than last week, Petras may need to make more plays in the passing game for Iowa to get a victory. He didn’t make any big mistakes in week one, but only completed 13 passes on 27 attempts. Iowa needs to see him improve his efficiency throwing the ball in order to have a truly successful Cy-Hawk performance Saturday.

Iowa and Iowa State enter this game both having very talented football teams, as well as high expectations. Those factors combined with the excitement of playing in front of a packed Jack Trice Stadium make this the most anticipated edition of the Cy-Hawk series in history. Iowa has a path to victory if they remain focused, aggressive, and execute their brand of football. In-state bragging rights are on the line this weekend. So sit back, enjoy College GameDay, and cheer for your Iowa Hawkeyes.