Skip to content
Home > From the Eye of the Storm > Hey haters: Spencer Petras still most important player on Iowa Football roster 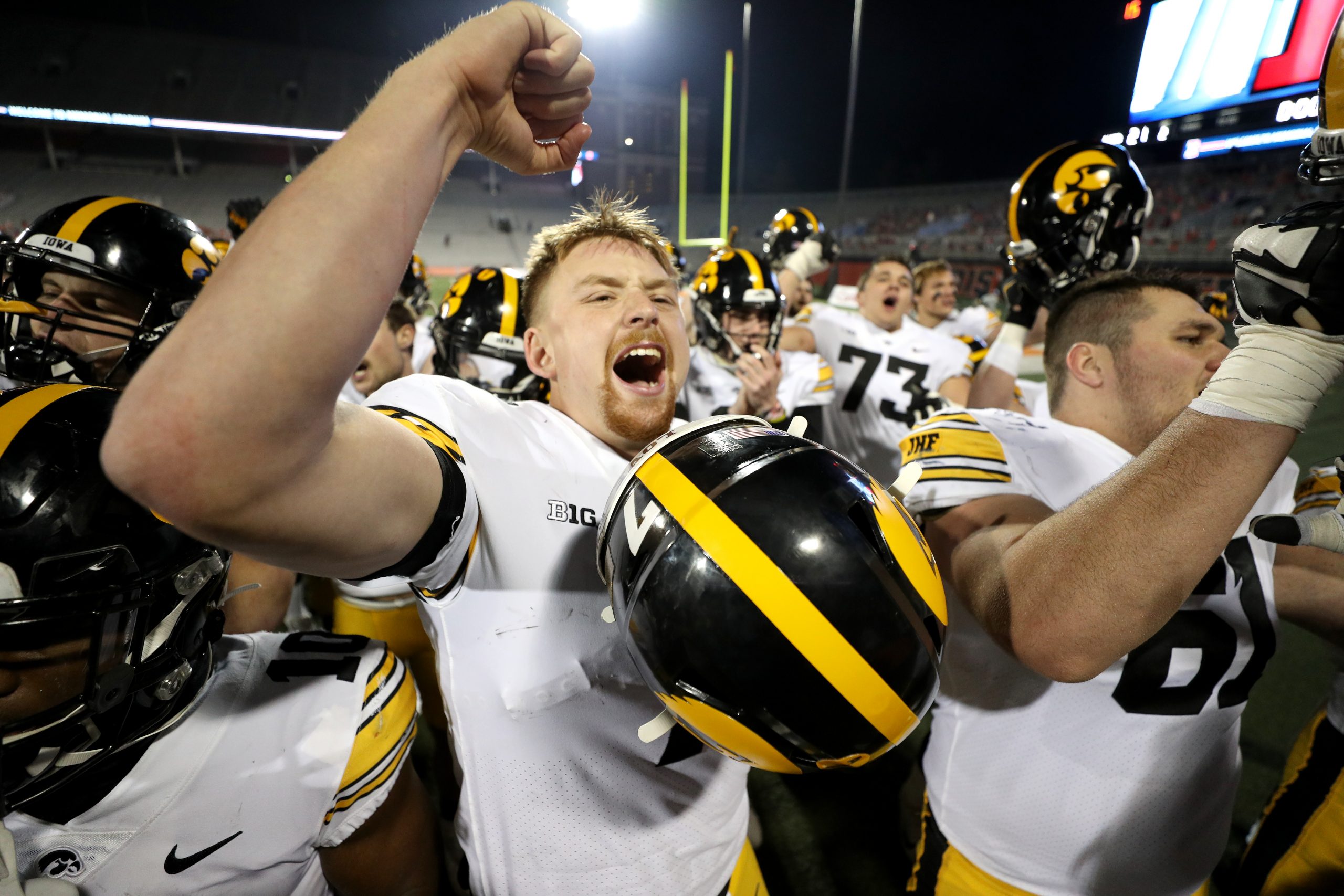 The 2021 college football season is officially underway, and the Iowa Hawkeyes are prepared to have a successful campaign starting this weekend. Phil Parker’s defense features some serious talent and should be stingy once again. Tyler Goodson is set to have a monster year, complemented by veteran Ivory Kelly-Martin in the backfield. The question mark for the Iowa offense is, once again, the passing game.

With no spring practice a year ago, Spencer Petras struggled to find his footing early on in 2020, even with talented wideouts Brandon Smith and Ihmir Smith-Marsette leading the receiving corps. Especially in the first two games, both of which Iowa lost, Petras consistently missed his receivers and looked uncomfortable. However, once the rushing game came together, Petras was able to limit turnovers and looked far better.

None of Iowa’s top 3 quarterbacks (Petras, Deuce Hogan, Alex Padilla) looked overly impressive in the spring. But the added pressure of competition for number one on the depth chart seems to have motivated Petras to improve enough to keep the starting job, at least as it stands right now. Both Padilla and Hogan have a tremendous amount of potential, but neither are ready for the big stage at this point.

Petras remains the best option to start the new season, and he will be eager to continue his strong play from the second half of 2020. Much of how Petras will perform under center depends on consistency around him. During the Hawkeyes’ six-game win streak last year, they rushed for an average of 182 yards per game. Petras was able to perform better when the weight was not solely on his shoulders to make a play. Consistency on the offensive line and a solid rushing attack is the lifeblood of the Iowa offense. The passing game will not need to be great this season for Iowa to succeed. It just can’t be a liability.

In order to have a productive 2021 campaign, Petras also needs to find consistency from his receivers. Tyrone Tracy, Jr. has received an immense amount of praise from Head Coach Kirk Ferentz. The work Tracy has put in throughout the offseason is obvious. And now, as an upperclassman and number one wide receiver, he becomes a leader on this football team. Both Tracy and Nico Ragaini will need to step up as reliable options in the passing game on a weekly basis. They will be complimented by former Buffalo transfer Charlie Jones. Jones made his mark as a return specialist in 2020, but he will seek to prove his worth as a pass catcher this season. Freshman wideouts Keegan Johnson and Arland Bruce IV have looked good so far during fall camp and are expected to make an impact early on, too.

In addition to talent at wideout, it’s always valid to bring up the fact that Iowa has come to be known as “Tight End University” by many pundits. George Kittle, Noah Fant, and TJ Hockenson are all finding success in the NFL right now. Looking to join them is current Hawkeye Sam LaPorta. He led the team in receptions last season with 27. LaPorta could once again be the go-to guy for Spencer Petras. It was a small sample size in such a short season last year, but both Petras and LaPorta improved as the year went along, and if they continue to do so, the rest of the passing game will thrive.

In review, Spencer Petras has the talent and weapons he needs to have a solid year. And Petras himself is undoubtedly the most indispensable player on the Hawkeye roster. Iowa, as a whole, has what it needs on both sides of the ball to have a division-contending season. If you aren’t already, it’s time to get excited about Iowa Football. They will take on a tough Indiana team in the opener on Saturday at Kinnick Stadium.

It’s true that it starts up front for Iowa, but let’s remember who the most important player in a Hawkeye uniform is this season: Spencer Petras at quarterback.