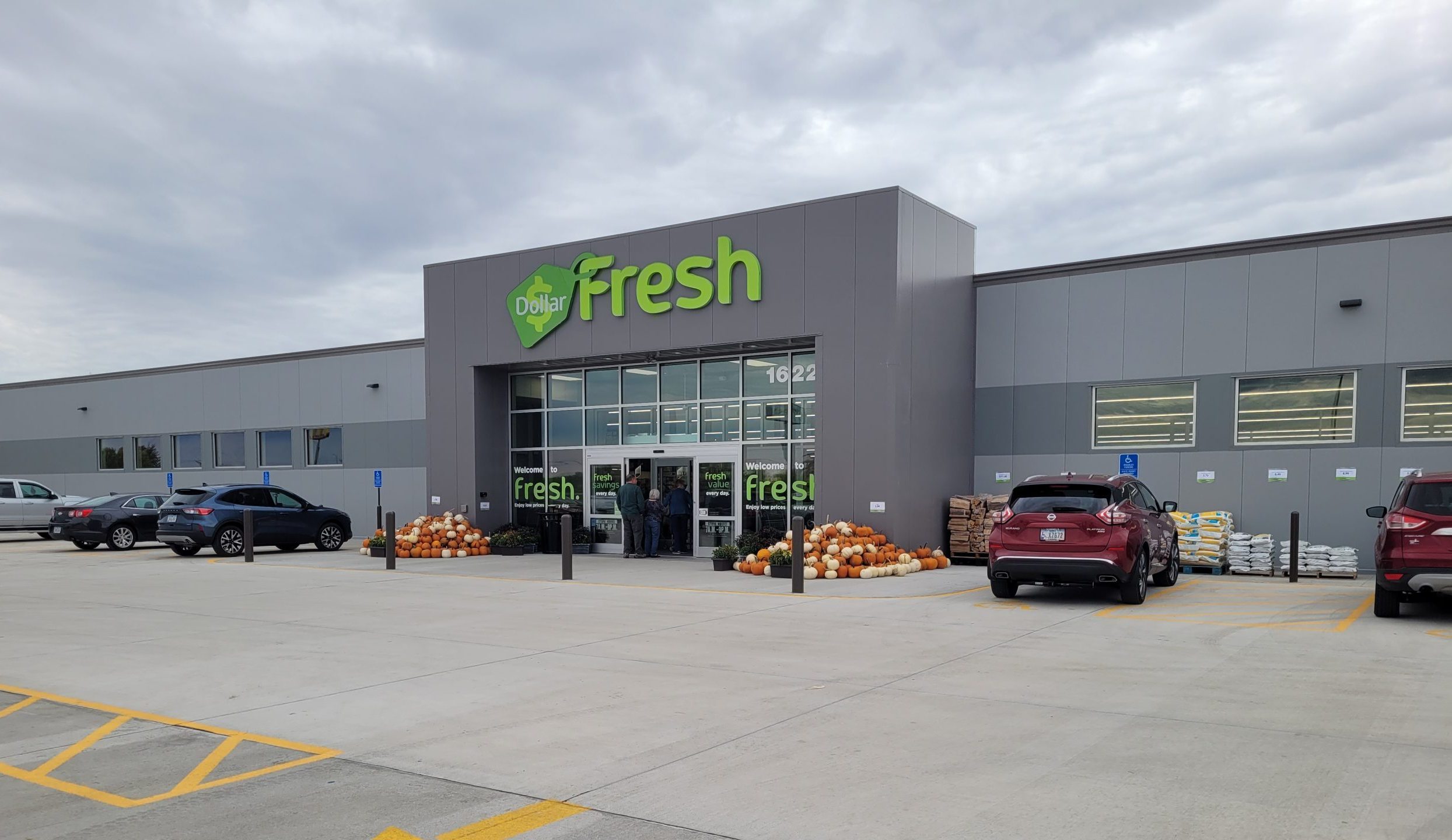 Dollar Fresh, a subset of Hy-Vee, is officially open for business in Nevada.

The new store, which will accommodate the community of Nevada along with its surrounding population, opened its doors for the first Friday morning. Hy-Vee Regional Marketing Manager Niki Rinaldi told StoryCounty.News that she believes the grand opening is coming at a great time for locals. With more and more families pinching pennies, she foresees Dollar Fresh helping the population out immensely. “We’re really excited to bring opportunity to Nevada,” Rinaldi stated. “Opportunity to save bigger and better than they have been. And an opportunity to find crazy, fun treasure deals.

Hy-Vee’s official website explains that all of its Dollar Fresh locations, which stretch across much of the Midwest, are “designed to offer customers in smaller communities a fresh, new product selection at low prices.”

Rinaldi further emphasized the company’s dedication to offering reasonable prices to those that need them. “We are obviously a smaller format [than a traditional Hy-Vee],” she acknowledged. “We are focused on low prices, deals, and efficiencies. [Efficiencies] help us keep those low prices in our stores for the community and our customers. We are really dialed in on our expense models and labor models. We want to make sure we can bring the lowest prices to our customers every day.”

The store, which features everything from a cosmetic line to fresh meat options, runs its own weekly ad, which features deals that differ from Hy-Vee’s bigger stores. “We’re turning product and actively trying to find new product, new deals, and low prices that we can bring to the community,” Rinaldi continued. “And then we move on to the next deal.” For instance, deals this week include low prices on everything from Gala apples to whole boneless pork loins, according to Store Manager Matt Arnold.

Despite nationwide staffing problems, Arnold claims Hy-Vee had no problems filling the store’s nearly three-dozen openings. “We have the three full-time positions [filled],” he said. “The goal was to hire 30 part-time employees, and we ended up getting 40.”

Currently, Dollar Fresh is not in need of any more employees. However, those interested in applying to work at the Nevada location can stay up-to-date on potential openings by visiting Hy-Vee.com/careers.

Physical weekly ads for the store are currently being distributed to homes in Nevada.  Digital versions of the store’s ads can be found by visiting Hy-VeeDeals.com and setting “Nevada Dollar Fresh” as your store. You may also access deals through the store’s Facebook page.

Rinaldi finished by stressing Hy-Vee’s core value as it relates to its Dollar Fresh stores: Savings. “We’re wanting to fill in gaps where we can help customers save money,” she concluded. “In these smaller communities, we’re trying to give a better, more convenient option, with better variety and better deals.”