Skip to content
Home > Local News > “It’s just not worth it”: The reasons behind Story City Market’s closing 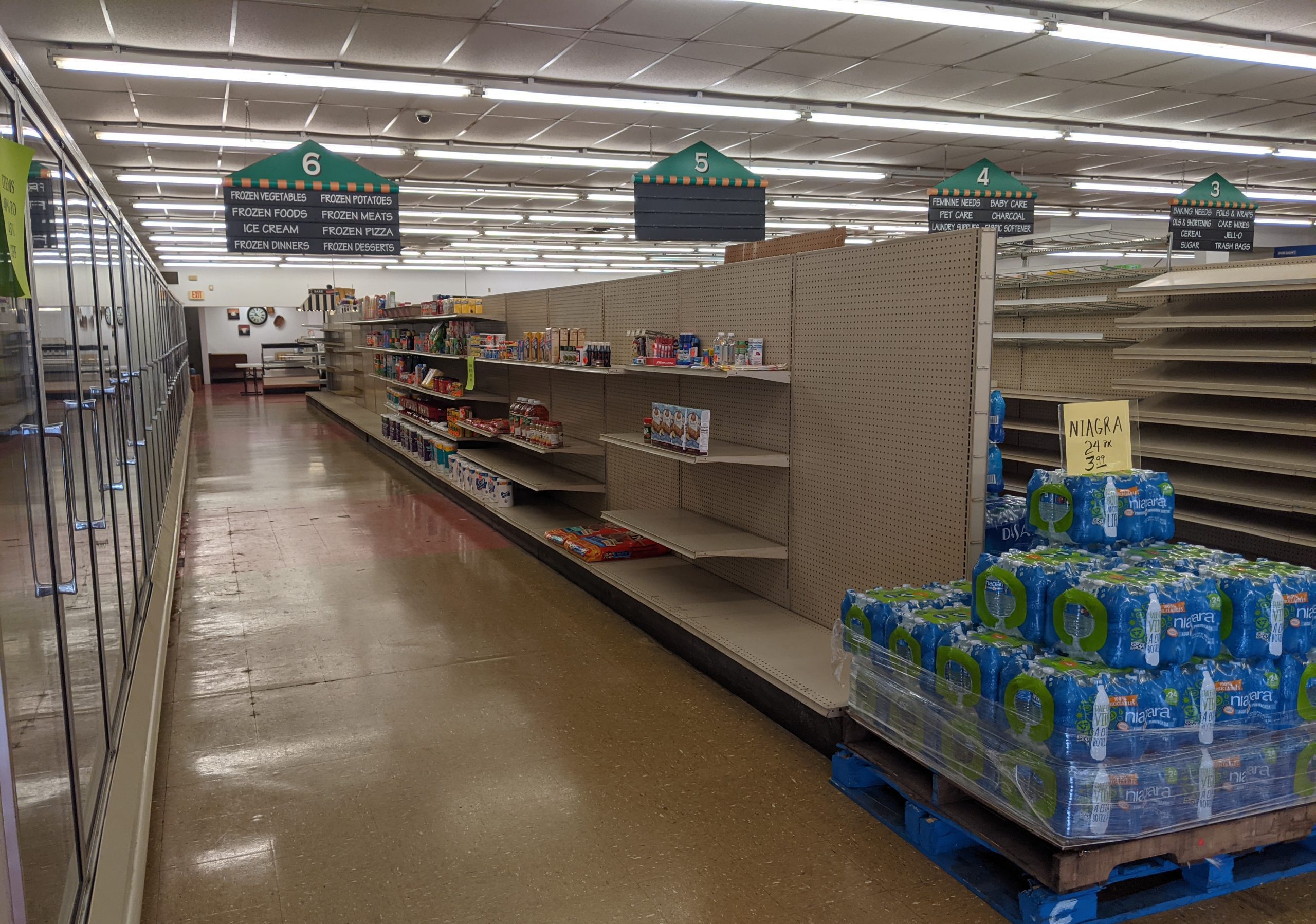 “It’s just not worth it”: The reasons behind Story City Market’s closing

For long-time loyal customers of the Story City Market grocery store, August 2021 will long be remembered as a month marked by the sad end of a decades-long era.

With the Market now officially and permanently closed, patrons are forced to seek out other viable grocery-shopping options in the town of approximately 3,500 people.

In a candid interview with StoryCounty.News last month, Story City Market Owner David Wooldridge opened up about the real reasons why he was forced to close up shop. And without mincing words, Wooldridge explained his belief that many in the community who are now complaining about the store’s closing are some of the same people who failed to support the establishment when it was open. “Everyone comes in and they’re [complaining] to me [about closing down],” he said. “And it’s like, ‘You’re a new face. You have come in here to capitalize on the deals because I’m going [under]. You have gall enough to get it my face, and you never come here.’”

Wooldridge did acknowledge the network of customers who stayed loyal until the end. But, as he put it, those patrons alone were simply not enough to keep the business afloat. “There are a lot of shut-ins that we cater to,” he explained. “I feel really sorry for them. But there’s not enough of them. That’s the problem.”

Why the lack of customers for a store that has been a fixture in the community for so many years, albeit under various store names? “Customers just don’t really give a crap anymore,” Wooldridge lamented. “They’ll go clear to Des Moines thinking that they’re going to save a nickel. Society has changed a lot and really fast. Big companies are taking over the world. There’s no middle-class for a reason. It starts with the customer. It doesn’t start with the business.”

“There’s a lot of different things that have went into it. I’m getting hit at all sides. You can blame some of it on [Covid-19], but 90% of it is just the amount and type of competition that I have.”

Wooldridge claims the additions of two major brands in Story City began the financial hit for the Market, and it’s been a struggle ever since. “Basically, it’s just the type of competition you’re faced with…the Dollar General and the Kwik Star,” he said. “We just can’t compete with those big corporate stores. Unfortunately, when you’re reliant on the same product that they have at a Dollar General or a Kwik Star…It is so cheap through those types of places.

“At Dollar General, I could buy stuff off their shelves cheaper than my warehouse will sell it to me. It goes from the manufacturer to a broker, then it’s trucked to the warehouse. And so, when it comes to me, I’m paying almost retail price for it, according to Dollar General. With Dollar General, there’s no middle-man. It just drives that nail deeper into people like me.”

Story City Market is pictured during its final days of operation. The store shut down operation in August. (Photos: StoryCounty.News)

During a time when so many small businesses are already struggling to make ends meet due to the pandemic, last-ditch efforts to support the Market simply went by the wayside. Despite years of financial sacrifice, Wooldridge finally realized the hole that was being dug to keep an open sign up was becoming too deep. “It cost me about $3,000 a week to keep it open,” he noted. “At that point in time, it’s just not worth it.”

“Being the eternal optimist that I am, I thought, ‘[Business] will come back. It’ll come back. After Covid, it’ll come back. People are always in a rush to go to something new and shiny, and then they come back.’ And they just never have come back.”

Wooldridge, who lives near Manson in Calhoun County, has made his living operating similar stores in various small towns over the years. He is now left without a single one still operating. “Ever since these Dollar Generals have been going up everywhere, all of the small town stores like this are dropping like flies,” he said. “I had three stores and was down to this one. Unfortunately, this one has went upside-down. It’s just the way it’s going to work, I guess.”

In the end, Wooldridge doesn’t believe the issue of small town businesses getting run out by larger corporate operations is a ‘Story City problem.’ He believes it’s the outcome of a larger flaw in the attitude of modern-day society. “People are shortsighted,” he asserted. “They really don’t care. The whole society anymore is geared for the big corporate store.

“I employ 20 people, and Dollar General has two. I pay more than my fair share of taxes, and Dollar General gets a tax abatement to come. Little guys like us get no benefits for being here. If the school comes to me, I give. Every community organization that comes to me…I give. Dollar General gives nothing. And yet, [people] go down there and stand in line. I just don’t know the mentality of people anymore.”

Wooldridge now finds himself without work amid a time when launching another similar-style grocery store in a different small town seems extremely unrealistic. When asked about his personal plans moving forward, Wooldridge described his immediate future as “pretty dim.”