Skip to content
Home > On the blotter > UPDATE: Victims identified after deadly I-35 wreck south of Ames 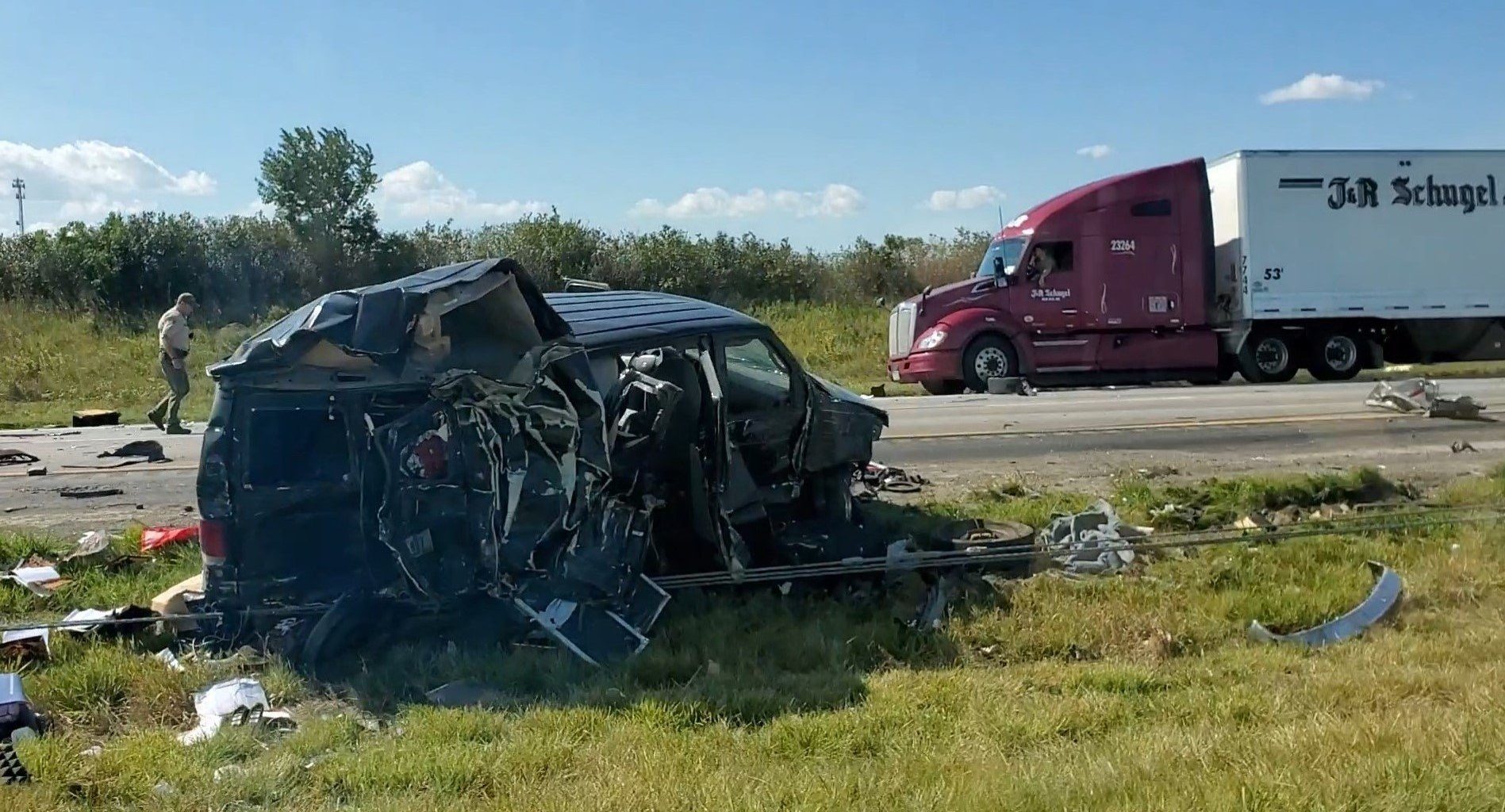 UPDATE: Victims identified after deadly I-35 wreck south of Ames

Authorities have identified two people who were killed yesterday as a result of a serious Interstate 35 wreck south of Ames.

According to a minimal crash report, 81-year-old Gordan Martens and 79-year-old Nora Martens, both of Van Meter, Iowa, passed away because of the accident. The report stated that both were wearing their seatbelts at the time of the crash.

According to Iowa State Patrol Sergeant Alex Dinkla, the accident occurred near the 106-mile marker, in between Ames and Huxley, at approximately 1:45 p.m. Tuesday. Initial investigation indicates that a semi was traveling southbound on I-35 when it crashed into the trailer of another semi. The first semi then struck a van and truck. The crash impact then caused the truck to run into the rear of another semi. In all, four commercial motor vehicles and two other vehicles were involved in the accident, per Dinkla.

Dinkla had stated Tuesday afternoon that two people were in critical condition, and that one other person had been transported by ground to a local hospital in serious condition.

In a statement released at around 9:00 p.m. Tuesday, Dinkla confirmed that the two people, now identified as the Martens, who had originally been reported as being in critical condition were in fact pronounced dead at the scene. The other victim, who was driving the van at the time of the wreck, is reportedly still alive and in serious condition.

Gordan was the driver and Nora the passenger of a 2005 GMC Canyon pickup truck that was hit by a semi.

The southbound lanes of I-35 in between Ames and Huxley were both closed temporarily following the accident. Crews have since cleared the scene and the roadway is back open.

The Story County Sheriff’s Office and Iowa State Patrol both responded to the accident.