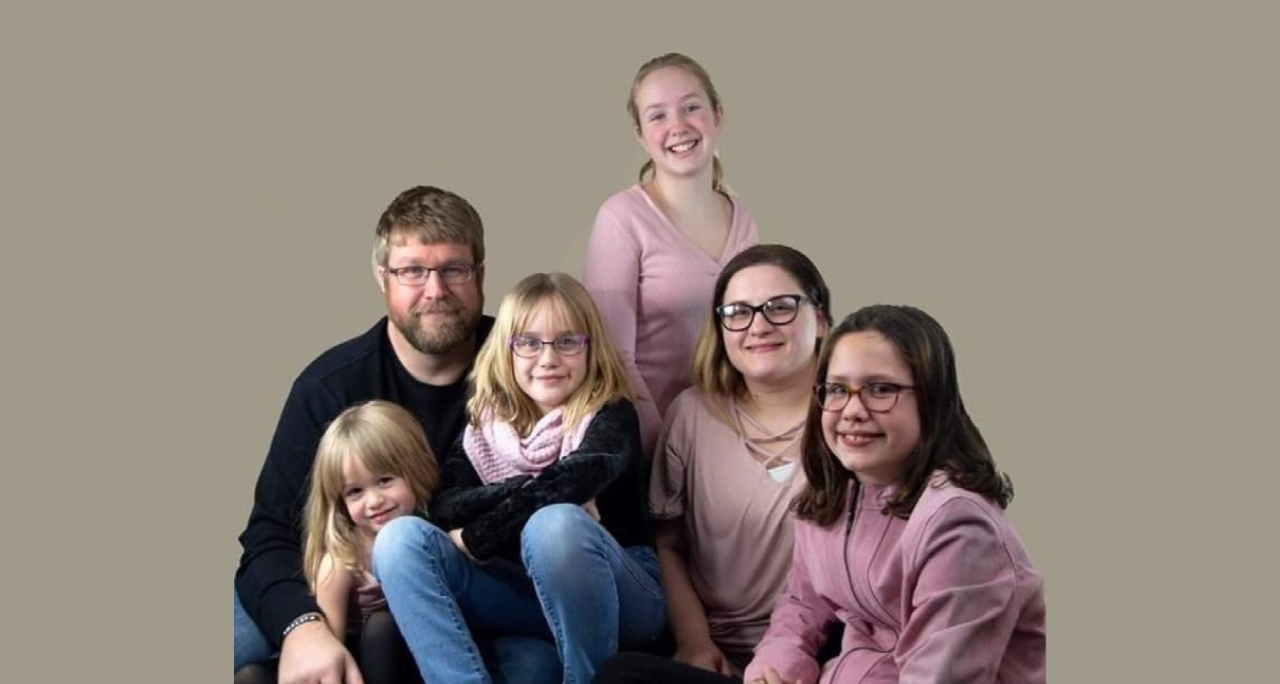 Never did Adelheid Spitzli believe that World Stroke Day, which falls on Friday, October 29, 2021, would become so personal.

Less than one week ago, in the early morning hours of Saturday, October 23, Spitzli was awoken to the haunting sound of her 44-year-old husband, Matt, screaming from the downstairs level of their Ames home. “At first, I couldn’t understand exactly what he was saying,” Adelheid explained. “I actually didn’t think it was an emergency at first. So, I went to the top of our stairs, and he screamed out ‘I’m dying.’”

Adelheid was accustomed to Matt yelling up the stairs of their three-story rental, especially in recent time, as Adelheid has been recovering from a serious ankle surgery and relegated to crutches. She had undergone the procedure earlier this month to treat Osteochondral Lesion of the Talus (OTC), which is caused by damage to the cartilage and bone on the top of the talus, or lower ankle joint bone.

Adelheid could tell something in her husband’s voice just wasn’t right. “It woke the kids up,” she said. “By the time I could make it down the stairs, the kids were already there staring, wondering what was wrong with him.”

“He started throwing up, but he wasn’t able to turn over. I kept asking him ‘What’s wrong?’ He couldn’t answer me. So, I called 911. While I was on the phone, I told them that I thought he might have hit his head because he was on the ground and throwing up.”

In reality, Matt was suffering from a stroke, a sudden condition where blood supply to the brain is disrupted, which can result in oxygen starvation, brain damage, loss of function, or even death. Factors leading up to stroke can vary on a case-by-case basis, but Adelheid suspects stress played a significant factor with her husband. Matt had been putting in long hours to care for his family, including his four daughters.

“He had been working late every day, especially since I had my surgery,” Adelheid noted. “He had to take care of me too, since I was out of work. He was doing everything I normally do for the house, plus working extra to make up for the lost income.”

Following the 911 call, paramedics arrived to the Spitzli home, where they found a disoriented Matt still laying on the floor. He was then taken by ambulance to Mary Greeley Medical Center in Ames, whereas Adelheid was forced to stay at home with the children. Doctors quickly discovered that Matt had hemorrhaging on his brain, which made the situation even more serious. Emergency brain surgery was the only viable option.

Due to foggy weather conditions that morning, an original plan to airlift Matt was scrapped, and instead, he was taken to Iowa City by ambulance.

Thanks to the efforts of medical personnel at the University of Iowa, Matt’s life was saved by that surgery. Fluid that had formed in his forehead began to be drained, and Matt slowly gained back a level of stability. Throughout following days, he began regaining normal movement and awareness. “Right now, he’s doing so well,” Adelheid relayed. “He can count, spell his name, and he sounds like his normal self. He can even stand up and walk.”

Although Matt’s progress over the last six days has been nothing short of remarkable, Adelheid is well aware that the family is by no means out of the woods. “He has to stay in the hospital in case he has another stroke,” she said. “He basically has to sit there and do nothing all day. Otherwise, his brain could get overstimulated, and he could have another stroke. He would most likely die from that.”

Matt is expected to be transferred from the ICU to a separate room at the hospital on Saturday, where he will likely remain for a minimum of two weeks. Assuming he continues to progress on schedule, he will be released. However, his recovery at home will likely be long and tedious. “For the next three months, he has to be really closely watched in case there’s another stroke,” Adelheid stated. “For nine months after that, there is still the chance of stroke, but I guess it’s less.”

In addition to the fears that come with his touch-and-go state, Adelheid also fears what may come of her family financially as Matt begins his long journey. Even if Matt can return home in November, the question of whether or not Matt will be able to resume his normal work routine as a full-time accountant remains a valid one. According to Adelheid, Matt cares for approximately 500 different clients who have specialized needs, all of which require of good deal of mental strength.  “It’s hard, mentally-tasking work,” she said. “He has all of these clients and has to research all of these legal things. He deals with clients from all over the country, so laws vary by state.”

“He’s not like a construction worker who gets back his mobility and has a really good chance of making a living with his trade. Matt’s sitting at a computer all day.”

Adelheid is hopeful her family can qualify for some extra government assistance, especially while she takes adequate time to recover from her own surgery. Still, she realizes that extra long-term help is far from guaranteed. “We can go on food stamps,” she acknowledged. “We can get rental assistance for one month out of the year. But, you still get bills, even when you lose 100% of your income overnight.”

Matt’s sudden change of circumstances shines a spotlight on the need for stroke awareness. According to the World Stroke Organization, stroke is the leading cause of death and disability globally with 116,000,000 years of healthy life lost each year to the disease.

Learn the warning signs of a stroke below:

Adelheid concluded by thanking everyone in the community who has kept the Spitzlis in their thoughts and prayer. She also expressed thanks to all who have donated to Matt’s GoFundMe, which was set up to help keep the family afloat during their time of tragedy.

To donate toward financial help for Matt and his family, follow the link below: