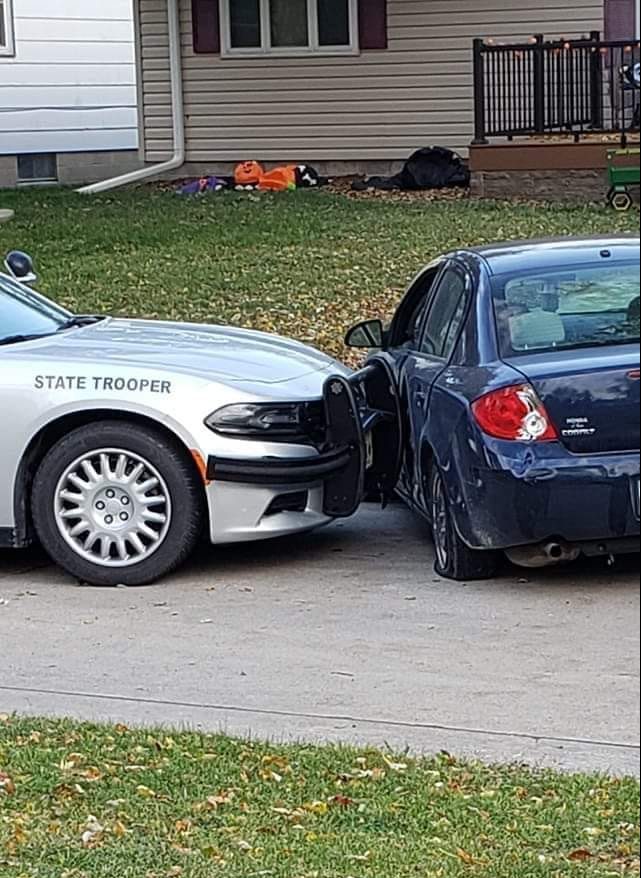 A juvenile male is now in custody after a high-speed chase that led authorities approximately 50 miles throughout multiple counties and cities.

The chase, which began shortly after 3:00 p.m. Tuesday, started in Webster City when an officer attempted to make a traffic stop on a vehicle that was speeding. According to Webster City Police Chief Shiloh Mork, an officer observed the vehicle’s excessive speed on Superior Street and was able to catch up to the car near Briggs Woods Park. The officer reportedly activated his siren and lights, at which point the vehicle fled southbound on Highway 17 towards Stanhope.

The chase continued through the town of Stanhope and east toward Little Wall Lake, eventually moving southbound on Highway 69 toward Story City. An attempt by the Story County Sheriff’s Office and Story City Police Department to deploy Stop Sticks on Highway 69 were unsuccessful. Due to the individual’s erratic driving and an increase in traffic, the pursuit was temporarily terminated. However, visual contact of the car was maintained by authorities.

The Story County Sheriff’s Office resumed the pursuit on Highway 69 as the vehicle neared Gilbert and eventually Ames, where it was again terminated due to heavy traffic.

Still, authorities were able to keep a pulse on the vehicle’s general location, and the Iowa State Patrol and sheriff’s deputies regained pursuit of the individual east of Ames on Lincoln Highway.

Eventually, a state trooper was able to stop the vehicle in a residential area on the east side of Nevada, according to Mork. The driver was taken into custody without further incident.

The suspect was later identified as a juvenile male. He received multiple traffic citations and was transported to the Central Iowa Juvenile Detention Center in Eldora. He faces the following charges:

According to Mork, the investigation into the incident is ongoing, and more charges are expected to be filed. Authorities are not releasing the name of the juvenile at this time.