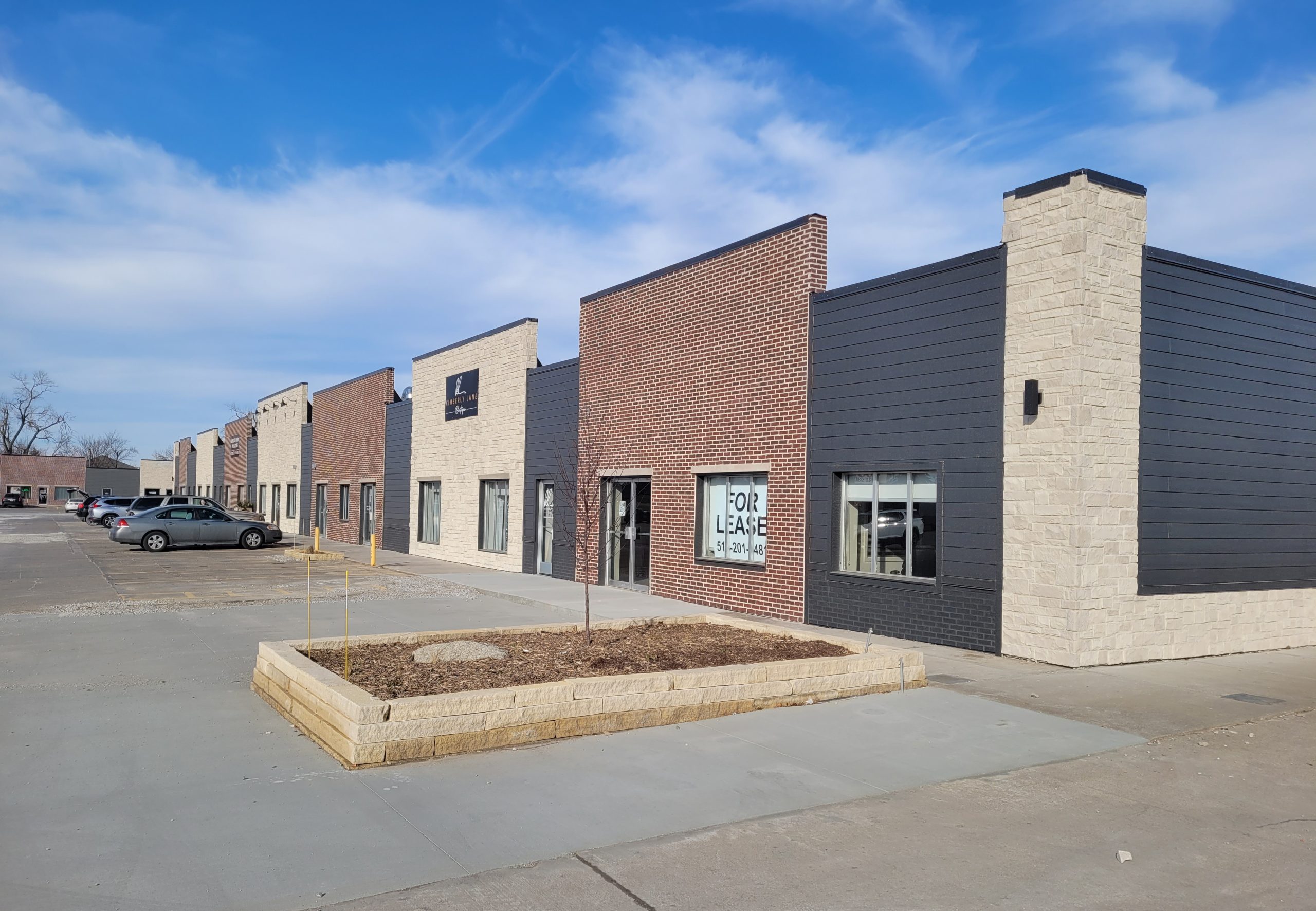 As the 50th anniversary year of Huxley’s own Ballard Plaza comes and goes, steady progress on renovating the multi-business strip continues as planned.

Plaza owners Chris and Kris Gardner have been focusing on completing a “facelift” for the exterior of the Plaza’s long-standing structures. The hope is that, by way of the makeover, locally-owned businesses in Huxley will be able to survive and thrive, while even attracting customers from neighboring communities. “The Ballard community really likes to support local businesses,” Kris explained. “This just helps to keep things fresh and helps businesses to support each other.”

“We’re proud of Huxley,” Chris added. “We’ve been here for 20 years now. It’s neat to see the momentum that [this project] brings to the town. We just thought it was time to modernize and beautify.”

Chris acknowledged that the idea of demolishing one or more of the Plaza’s buildings did garnish some initial thought when the couple purchased the area earlier this year. That idea, however, was quickly put to rest. “We considered building something different there,” he stated. “But the buildings are all solid. There was just no reason to ‘demo’ them. So, we decided to re-face them and build on to what was already started back in the 1970s.”

The Ballard Plaza, which was initially constructed in 1971, has long been a prominent feature in the community, with its location in the very center of the nearly 4,000-person town, just east of Highway 69.

Aspects of the construction work that are still ongoing include lighting improvements, signage replacement, and general modernization. “We have made a lot of progress, and we are excited,” Chris affirmed. “We still have a way to go, including some black metal awnings that are in production right now. In the spring, we will be fixing more of the parking lot and focusing on landscaping.”

The pair is also starting to see the results of their diligent planning and investing in that more and more new businesses are opening for the first time in the commercial center. This past fall, Scooter’s Coffee opened its drive-thru service in the very front of the main parking lot. “We developed the front area of the Plaza into two lots, one of which was sold to Scooter’s Coffee,” Chris commented. “We still have the other lot for sale. We will start marketing that area for a potential ‘build-to-suit’ client.”

More recently, the Gardners celebrated a ribbon-cutting and opening of the Plaza’s new laundromat, appropriately named “The Laundry Room”. The site features nine washers and nine dryers, free Wi-Fi, and two vending machines, one of which can be used to purchase snacks and the other to buy soap products. According to the Gardners, their daughters take the lead in operating the vending machines, in effect making the entire operation a family affair. Kris added that the location of the laundromat has sat well with patrons, with businesses such as Scooters, Dollar General, Chickenshed Primitives, Casa Azteca, and Compass Nutrition all nearby.

With momentous work full underway on the Plaza, the fresh, modern finish the Gardners have long envisioned for Huxley is starting to become realized. In addition, just recently, Kris commissioned the work on a large, city-centric mural located on the south side of the Dollar General building. “I have a Ballard local community guide,” she explained. “We just reached out to the community members asked them what they feel represents Huxley.” So, the idea for a one-of-a-kind “Huxley” mural was born. Local graphic designer and artist Siriaco Garcia completed the masterpiece, which features a Ballard Bombers “B” in the center of the large painting.

The Gardners are also the locals behind the ongoing construction of the plot of land just north of Fareway that will soon house even more tenants. “We call that spot ‘The Landing’,” Chris stated. “Flight Bar + Grille, a golf simulator, and my wife’s REMAX brokerage are all going in there. Also, Double Dipped [Ice Cream & Coffee Shoppe] and The Local Supply Company are moving in. We have two open bays that we’re just starting to market.

“Our new structure we’re building by Fareway will have the same look and feel [as the Plaza]. We’re excited to have some of that consistency through town.”

Businesses inside the Ballard Plaza remain open for operation during the revitalization. The Gardners expect the Plaza’s final renovation steps, as well as construction to The Landing, to be completed by mid-2022.