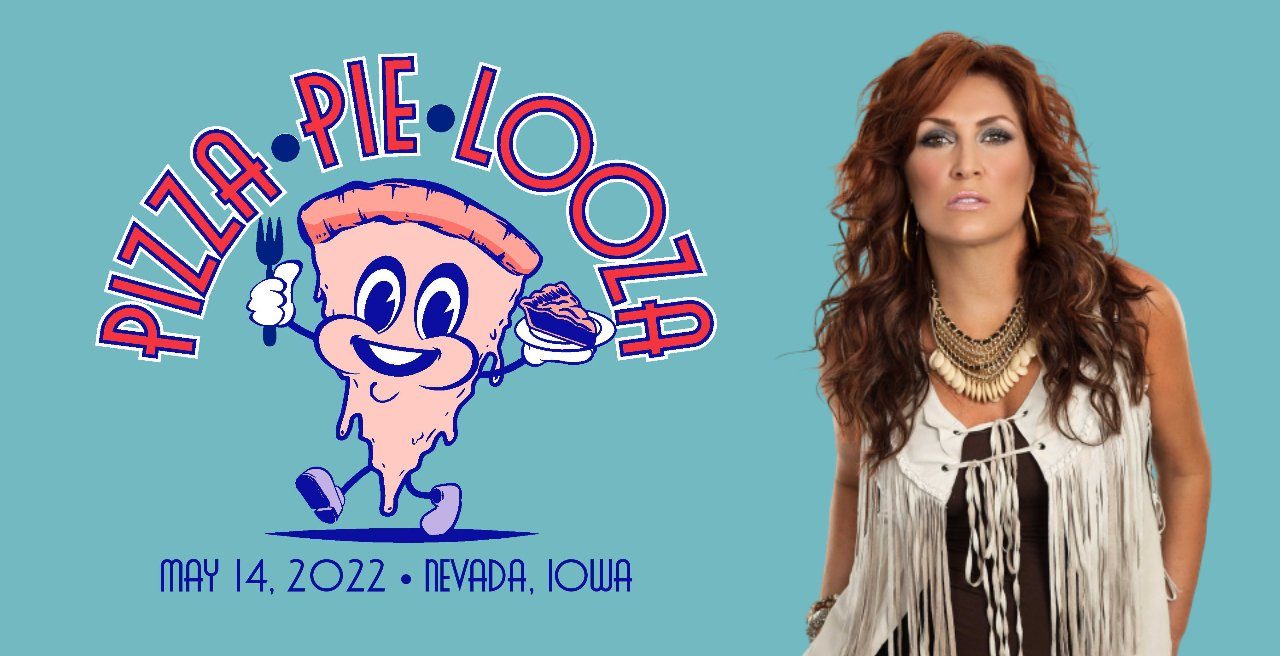 For the second year in a row, the city of Nevada is playing host to legendary country music talent, this time in the heart of downtown.

On Saturday, May 14, Nevada’s Main Street District is set to feature one of the biggest country music stars of the late 1990s, Jo Dee Messina, while also leading the town’s first ever “Pizza•Pie•Looza”.

The event, which features an early afternoon 5k run, was inspired by a combination of factors, according to Board of Directors President for Runners United Nevada (RUN) Dane Nealson. “Last year we did the RUN Country Fest & 5k,” he said. “Following the event, there was an event that was hatched to have some sort of pizza festival, given the fact that the worldwide leader in pizza toppings [Burke] is operational in our community and is our biggest employer. So, that was a natural merging of events, with the new pizza event and established running event.”

The 2021 RUN Country Fest & 5k was headlined by a performance from country stars Bryan White and Wade Hayes at the Story County Fairgrounds. White participated in the 5k run that preceded the show.

This year, RUN has teamed up with Nevada Main Street, along with The Nevada Foundation, Nevada Jaycees, City of Nevada, and the local business community, to expand on last year’s success. “This is a fantastic opportunity to show off the progress we have made in our Main Street District,” Nevada Mayor Brett Barker stated. “And [it’s] an opportunity to continue to build our brand as a destination community.”

RUN was originally formed in 2018 to provide local runners with an organized line of races, while also benefitting the local community with fundraising. For example, the 2021 RUN Country Fest & 5k raised over $2,200 for The Nevada Foundation in support of the Nevada Field House project.

Nealson hopes that the 2022 race series, which kicks off with the Pizza•Pie•Looza, will also act as a celebration of the work that has been done to renovate the heart of Nevada. “It’s a phenomenal opportunity to show off all the work that’s been done to revitalize our Main Street district.,” he explained. “We just finished up our two-year infrastructure project, improving the streets and the optics of our downtown. It looks so much better now that the project is done. We want to show it off.”

The main concert stage will be situated in the parking lot of the Nevada City Hall, near the intersection of Lincoln Way and Sixth Street. The event vendors, which are required to feature a pizza or pie item, will be sprinkled throughout the downtown district.

Not to be lost in the planning of this year’s event is the experience last year’s Country Fest provided for event organizers, such as Nealson. “[White and Hayes] were some of the biggest names in music that Nevada has ever played,” he touted. “It was kind of surreal working with guys I grew up listening to.

“It was a great time, and our runners loved having Bryan and Wade involved in the race itself. This year, we’re taking a big step forward. But I don’t know if this year’s event happens without the success we had last year.”

Messina is credited with charting a bevy of number-one singles, while landing numerous other songs in the top-ten of Billboard’s country music charts. Messina’s stardom was largely born in 1996 with her hit single “Heads Carolina, Tails California” and grew in the years to come with fan favorites such as “I’m Alright”, “Bye-Bye”, and “Lesson In Leavin’”, along with others.

She was named Top New Female Vocalist by the Academy of Country Music Awards in 1998 and was later nominated for two Grammy Awards in conjunction with her songs “That’s The Way” and “Bring On The Rain”, a single featuring Tim McGraw.

The main act of Jo Dee Messina and special guest Jason Pritchett will begin at 7:00 p.m. at the main stage in front of City Hall. General admission tickets to the concert are $30.

For more information on the 5k, vendors, or purchasing tickets to the show, visit www.PizzaPieLooza.com.

StoryCounty.News is seeking a sponsor for its live streaming coverage of the Pizza•Pie•Looza on May 14. To inquire about advertising your business with StoryCounty.News on the day of the event, submit an email to editor@storycounty.news.