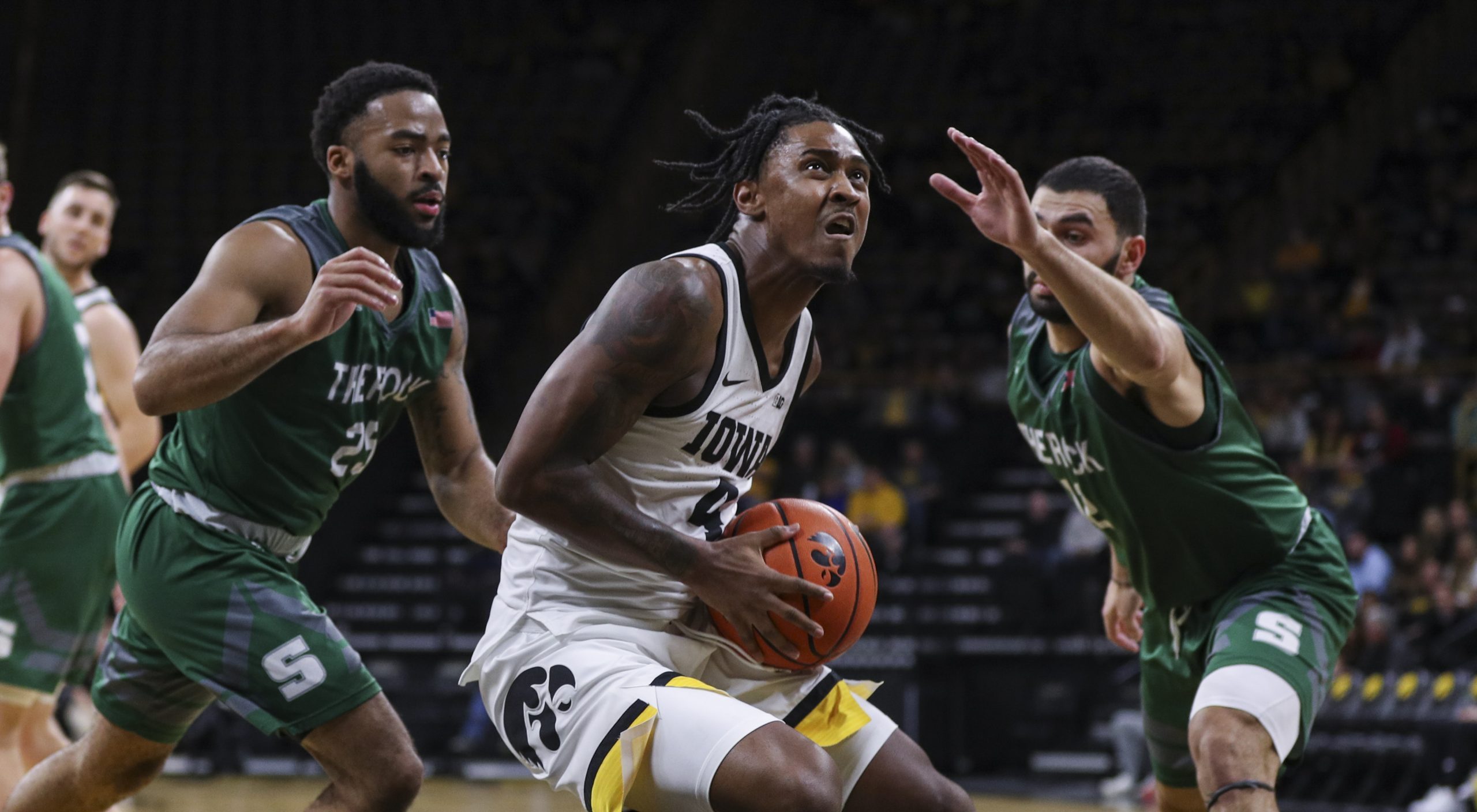 Iowa Men’s Basketball guard Ahron Ulis has been suspended for the team’s exhibition contest vs. Truman State on Monday after being cited for disorderly conduct.

According to a release from Iowa Athletic Communications, Ulis was given the criminal citation on Thursday following an altercation earlier in the month.

A criminal complaint states that, on October 2, officers responded to 22 South Clinton Street in Iowa City shortly after 2:00 a.m. on a report of “a fight between several persons.” The fight reportedly near The Airliner, a long-standing bar and pizza pub.

Ulis is said to have “engaged in fighting in a public place” and is accused of “throwing several punches” during the incident.

Ulis, who was just two days shy of turning 21 years old when the alleged fight transpired, now faces a one-game suspension from the team, which will be served Monday. He is also subject to the “rules and regulations of the UI Student-Athlete Code of Conduct, and the rules and regulations established for members of the men’s basketball program”, per the release.

A native of Chicago, Ulis is entering his junior season at Iowa with an opportunity for an extended role, given the departures of former backcourt teammates Jordan Bohannon and Joe Toussaint. He averaged 3.1 points, 2.1 assists, and 2.0 rebounds in 35 games played last season.