Skip to content
Home > On the blotter > BREAKING NEWS: Driver killed in Highway 30 accident near Nevada 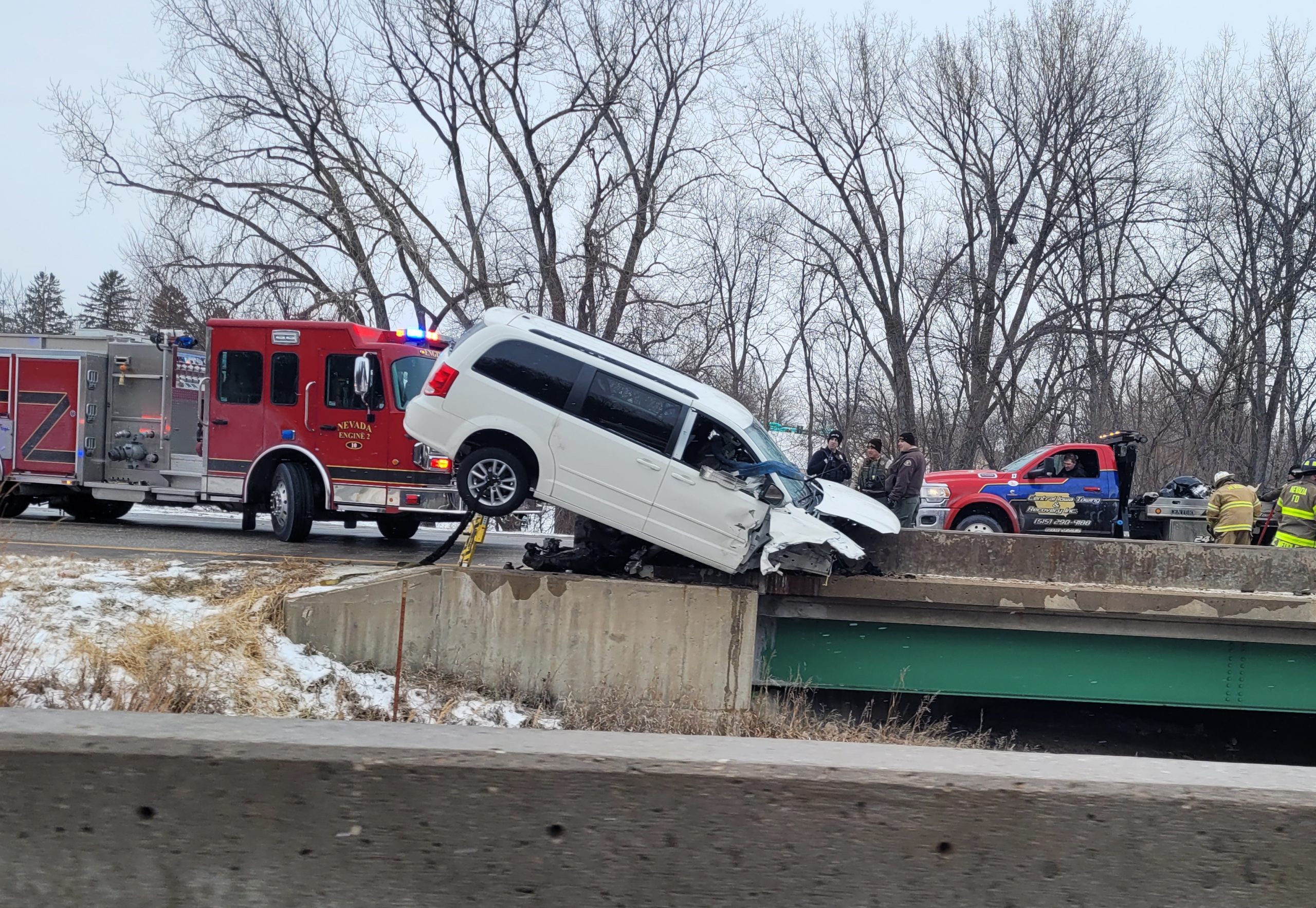 One person is dead after a vehicle accident that occurred on Highway 30 near Nevada early Monday afternoon.

According to Nevada Police Chief Ricardo Martinez, information into the incident was still limited as of 3:37 p.m. “It’s very preliminary,” he explained. “It appears that we had a vehicle going eastbound on Highway 30. For some apparent reason, it lost control and ended up driving into the median, striking the [Indian Creek] bridge in the westbound lanes of Highway 30.”

Martinez confirmed to StoryCounty.News that the driver of the vehicle passed away as a result of the crash. Nobody else was inside the vehicle, which was reportedly a white Dodge minivan, at the time of the wreck.

Road conditions were thought to be “wet” at the time of the accident, which occurred just before 1:40 p.m., according to Martinez. Whether or not slick conditions contributed to the situation is still unknown. “We have some information concerning possible witnesses, so we will be doing some follow-up,” Martinez said. “By the time the officers arrived, there were several vehicles that had pulled over, and people were trying to help. At this point, I can’t say whether it was weather-related or not.”

Martinez added that he expects an autopsy to be done on the deceased individual for potential clarification on what caused the vehicle’s loss of control.

The Nevada Police Department is withholding the identity of the driver, pending next-of-kin notification.

If you have any information regarding the incident, you are asked to contact Nevada PD by calling 515-382-4593.