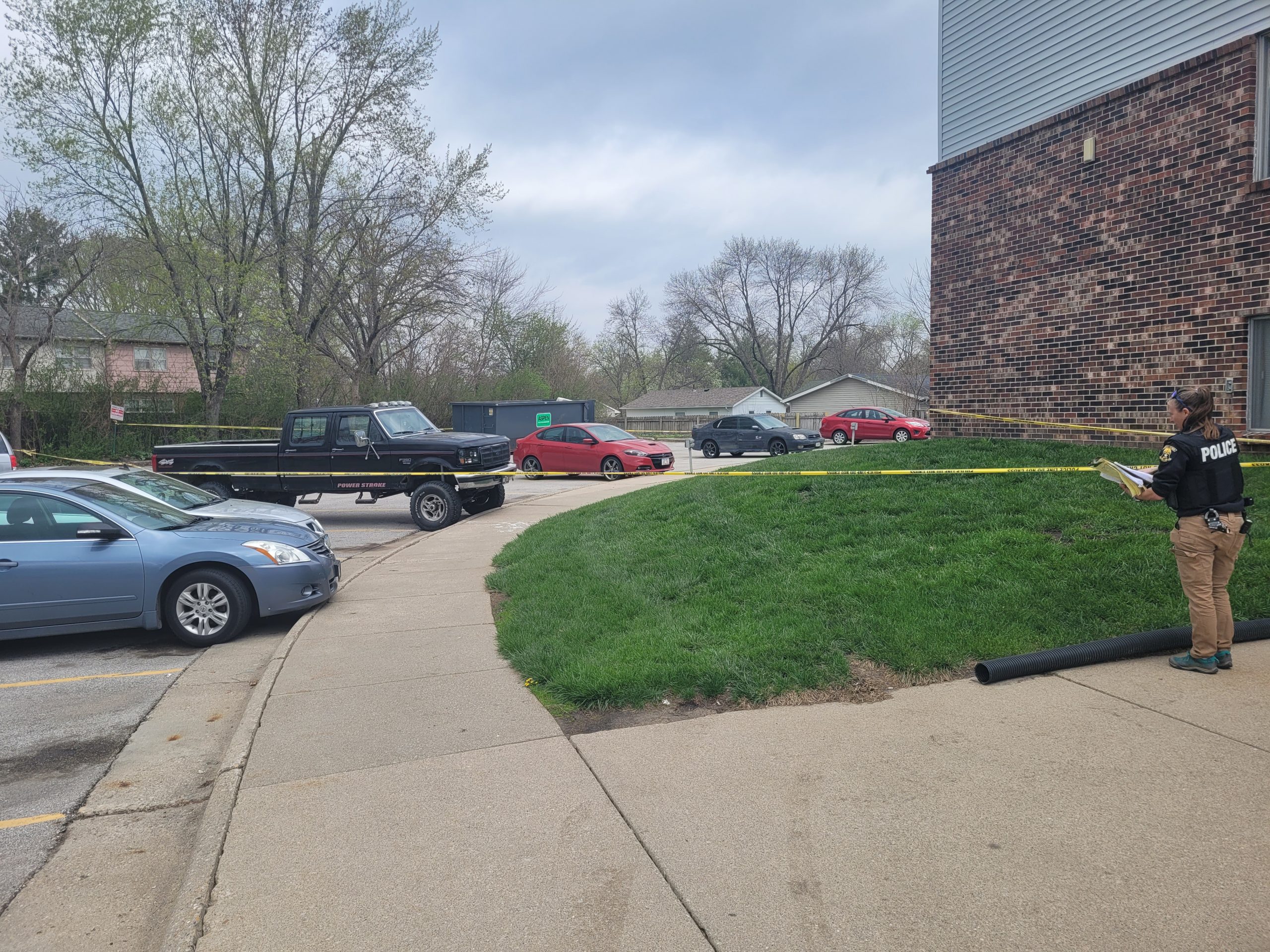 According to Ames Police Commander Dan Walter, the sound of gunshots near Wheeler Street was reported to the Ames Police Department at approximately 4:39 a.m. Monday. Officers responded to find a deceased male who had suffered “multiple gunshot wounds”. The body was found in a parking lot just west of an apartment building at 3021 Regency Court.

At 5:00 p.m. Monday, Ames Police Commander Dan Walter updated StoryCounty.News on the status of the investigation, noting that security cameras could assist in identifying a suspect. “We have been identifying witnesses,” he admitted. “But, unfortunately, we don’t have a lot more information to release about a possible suspect. We do have some surveillance video that we are continuing to review.”

“We’re just really continuing to look for tips or anything that somebody may have seen or heard at that time in the morning, because initial interviews and investigation haven’t given us good suspect information.”

A neighbor in the area spoke to StoryCounty.News on condition of anonymity, describing what she believed to be the sound of an early morning garbage pick-up around the time of the shooting. “It sounded like a chain banging against a metal dumpster,” she said. “Bang, bang, bang. I wouldn’t have known they were gunshots. I just thought it was [workers] picking up the garbage, because they just make a lot of noise.”

The victim is believed to have been in his forties, according to Walter. His name is expected to be released by authorities soon.