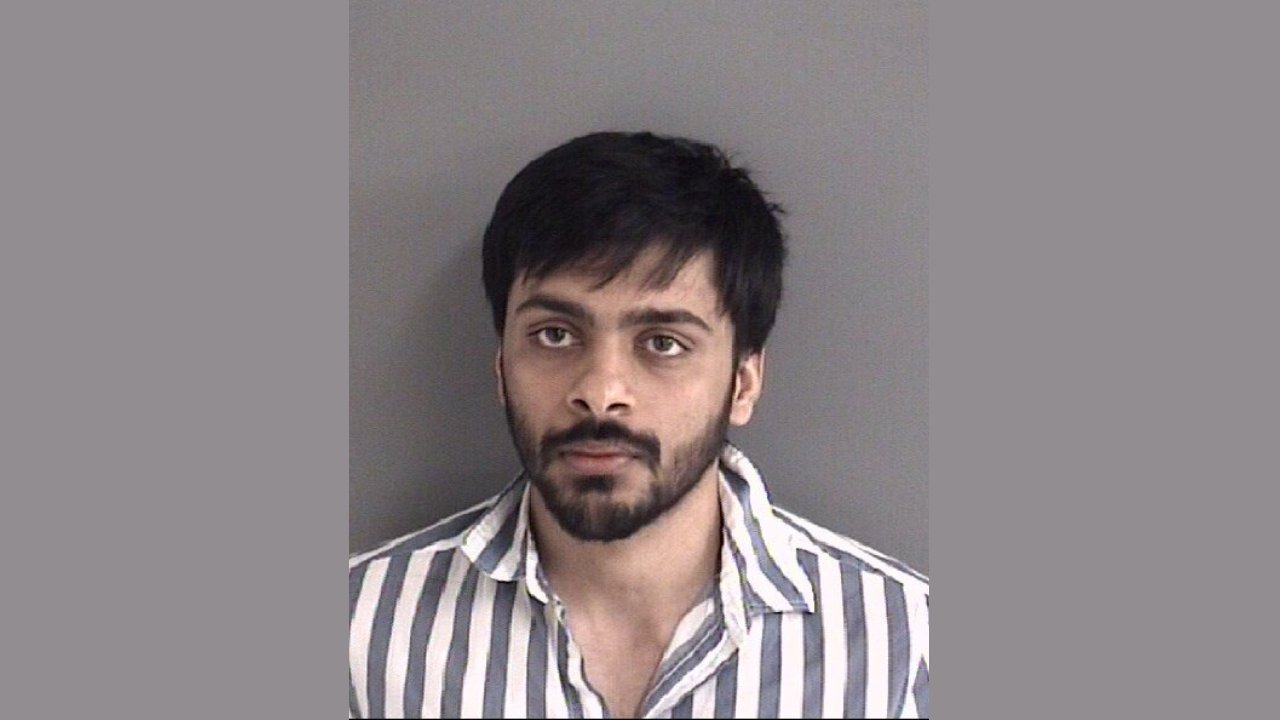 A man has been arrested on accusations of holding a woman against her will and sexually abusing her inside his Ames apartment.

Court documents indicate that 22-year-old Neel Rajeshkumar Lalani was taken into custody Wednesday on a criminal charge stemming from an incident inside his Frederiksen Court home last October.

Lalani is listed as a senior on the Iowa State University online student directory.

According to criminal complaints submitted by an ISU police officer, Lalani met the female victim outside of AJ’s Ultra Lounge in Campustown, after which Lalani, his friend, the victim, and her friend went to Lalani’s apartment.

While at the apartment, Lalani is accused of blocking the victim’s way of exit and physically moving her into his bedroom, where he is said to have sexually abused her.

Due to the graphic nature of the allegations, StoryCounty.News is withholding certain details from the alleged incident.

The victim is said to have repeatedly complained about pain during the incident, which Lalani reportedly ignored.

In addition to the allegations of sexual abuse, Lalani is also accused of the following:

According to one of the complaints, the victim expressed to police that she did not feel that she had “freedom of her own movement.”

The complaint narrative states that the victim was eventually able to escape the room “screaming and crying”, expressing to her friend that she feared she had been injured during the assault. The victim and her friend then reportedly left the apartment.

The victim’s friend confirmed what happened after she had escaped the bedroom, per the complaints. Lalani’s friend is said to have corroborated the claim that the victim was “visibly upset” when she exited the bedroom.

ISU Police Chief Michael Newton told StoryCounty.News that, once the victim decided to file an official report, surveillance footage was obtained as part of the investigation, which allowed police to corroborate the timeline that had been provided by the victim. “Originally, the victim didn’t come forward but had reported it to a campus security authority,” he said. “After looking at resources, she decided to come forward and pursue a criminal investigation. Detectives and officers have been working on the case ever since.

Following the alleged sexual assault,  a crime warning was sent out to all students at ISU. Lalani reportedly told police he was “worried the notification was about him.” Both Lalani’s friend who was in the apartment at the time of the incident and his roommate confirmed that Lalani was worried over the notification.

Even though it can, at times, be difficult for law enforcement to gather enough evidence to validate an arrest in such an investigation, officials were able to do just that in this case, which led to an arrest warrant being issued for Lalani. “Sexual assault is always a serious crime,” Newton explained. “We want to make sure we get the case right for everyone involved. It does take a lot of detailed work. Everything takes time to make sure we have a solid case, which is important for the victim as they try to move forward.

“We were recently able to gather enough information to have probable cause for an arrest [in this case]. The county attorney was on board, and the judge who reviewed it was on board.”

Lalani was arrested Wednesday and transported to the Story County Jail, where he is being held without bond. He faces the following criminal charges:

He is scheduled for a preliminary hearing on Monday, June 13 at 1:00 p.m., according to court documents.

The arrest comes after two other ISU students were arrested over the past nine weeks for separate alleged rapes. The first arrest, which was made on March 30, was the result of an investigation carried out by ISU PD. The second arrest, which occurred on April 27, stemmed from an Ames PD case. All three recent rape suspects have been listed as senior students at ISU.

Recently, the Ames Police Department released three years of statistics indicating that the number of sexual assault reports have increased in the area over recent time. Newton says he sees a similar trend within ISU PD’s jurisdiction. “We have seen an uptick in reports,” he acknowledged. “Part of that is because we have made a concentrated effort to encourage victims to come forward. Victims today are more willing to come forward because they see the court system, in many cases, working. They see law enforcement being advocates to help. Even with the campaigns we are doing, I would still say it’s a very underreported crime.”

If you are an ISU student who believes you have been a victim of sexual assault, you are encouraged to reach out to ISU PD. “They can come forward anonymously and talk with an officer about resources and options,” Newton relayed. “We will help them through the process. I would also encourage any victim to reach out to ACCESS [Assault Care Center Extending Shelter & Support].” The ACCESS Sexual Abuse Crisis Line is 1-800-203-3488. ISU PD can be contacted by calling 515-294-4428.

Even with the resources that remain available for victims, Newton believes that cutting down on the number of violent sexual crimes requires a collective effort on the part of the student body, law enforcement, and the local population in general. “As an institution and university, we are working hard to educate people about sexual assault and do everything we can to stop it from happening. It has to be a community-wide effort.”