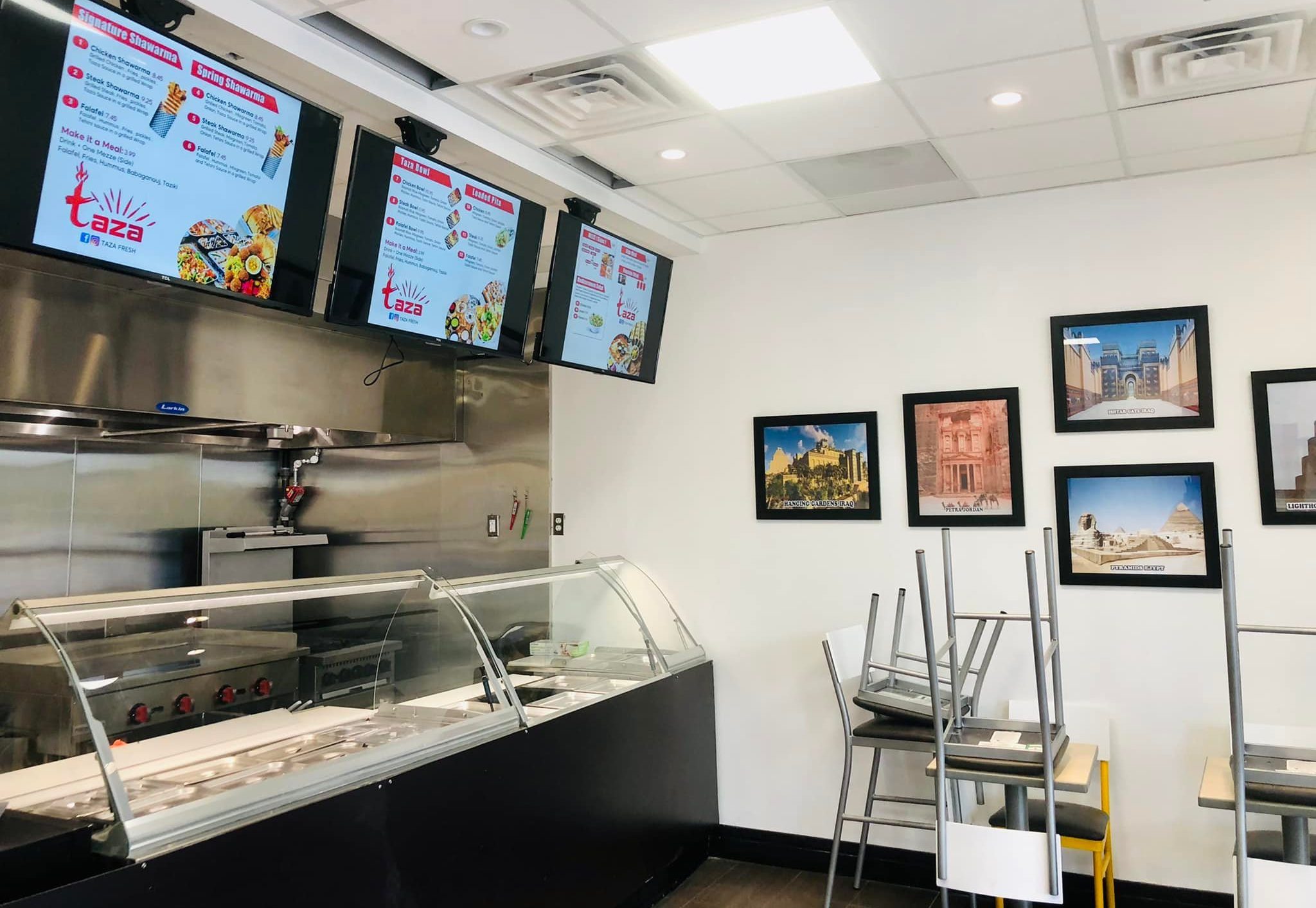 Taza Mediterranean Grill, home for fresh Middle Eastern Cuisine, is set to open for business for the first time as an Ames standalone store Sunday.

The family-owned business, which currently operates a small store on the DMACC campus in Ankeny, previously ran a food truck on the Iowa State University campus during the 2018-19 school year. Success from the company’s first stint in the area has led it back for more. This time to stay. “We decided to open a new location in Ames because we already had customers driving from [Ames] to Des Moines to support us”, said Taza owner Thaer Taha. “We’ve had more people come from Ames than any other city.”

Taha was born in Iraq and spent much of his life learning the culture and delicacies of his unique homeland. He brought his culinary talents to the United States in 2009.

Instead of being a ‘jack of all trades, master of none’, Taha has found benefit in specializing in a distinct line of food items. Those values are reflected in what Taza offers its customers. “The Mediterranean kitchen is very wide,” Taha admitted. “It goes from Spain to Lebanon and over to Iraq. We are mainly Middle Eastern kitchen. Our main menu is falafel, chicken or steak shawarma, pita bread, and hummus, along with salad and house-made dressing.”

“You can find shawarma and falafel all over Lebanon, Syria, and Iraq. It’s like the Mediterranean [version of] pizza and hamburgers.”

Falafel is a popular Mediterranean street-style food, varying in style, but consisting mainly of chickpeas or fava beans. (Fava beans are also known as broad beans and are used in a variety of dishes.) Likened to a deep-fried fritter, Falafel is loaded with flavor from a variety of herbs.

Shawarma is thin slices of either chicken or beef, served in a cone or pita wrap.

The eatery will offer 50% off per order (limit two items) for customers on the day of the grand opening, per Taha.